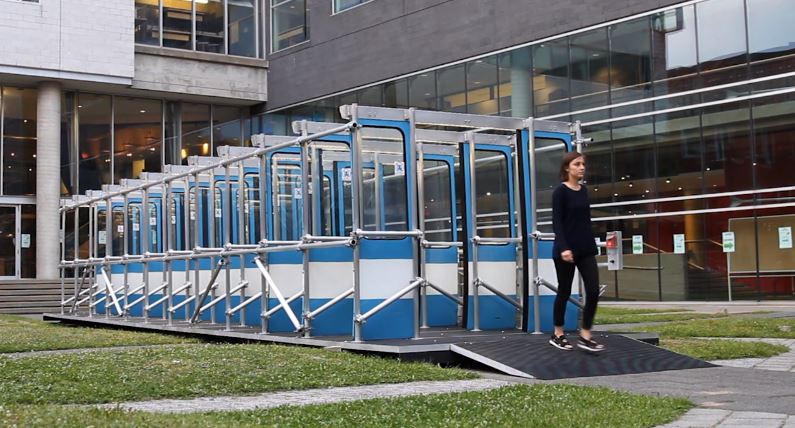 Whenever a city updates the rolling stock of its subway, a familiar question emerges: What to do with all the old metro cars? 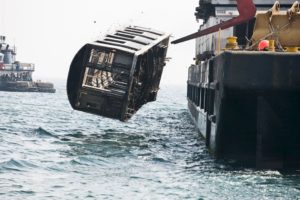 You can hurl them in the ocean to make artificial reefs, as cities all around the world have done in recent decades (with sometimes dramatic results, in terms of restoring fish populations.

In 2001, the New York City area’s Metropolitan Transportation Authority (MTA) retired its fleet of Redbird subway cars. It gave the trains to states on the Atlantic coast to serve as artificial reefs for fish.

The program has been successful in supporting the web of undersea life and attracts game fish, which in turn draws sport fishermen and scuba divers to the reefs. New Jersey, Delaware, Maryland, Virginia, South Carolina and Georgia have “reefed” about 1,000 subway cars in all from the MTA. 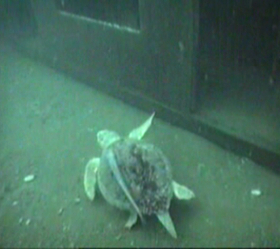 It’s not just subway cars, either. Turkey turned an airliner into an artificial reef, both to restore wildlife and to revitalize the tourist economy, as described in this REVITALIZATION article from June of 2016.

You could also repurpose old subway cars as emergency housing for the human homeless, not just homeless fish.

That’s the idea of visionary architect Arthur Cotton Moore, who I (Storm) interviewed in his Watergate apartment for a piece about his work in my second book, Rewealth (McGraw-Hill, 2008).

The idea to retrofit the Washington, DC Metro’s venerable 4000-series cars, which date back to the early 1990s, into 1-bedroom, 1-bath units came to Moore after seeing news that the District plans to discard the cars this year. Moore’s design shows why subway cars are more suited for this new use than are old shipping containers, which have been used in this manner in many cities. 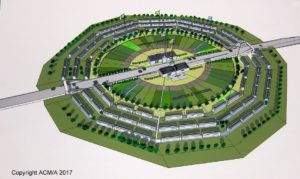 “With the usual solution of those shipping containers, you would have to cut holes in them, but there are lots of windows already in a waterproof aluminum shell in the Metro cars—there’s a built-in outside view,” Moore said in a CityLab article. “There could be solar cells on the roof and solar heaters for electricity and hot water,” he continued.

Of course, you could also sell the obsolete subway cars, letting them be reused by a place with a smaller budget, as when Berlin, Germany sold their old subway cars to Pyongyang, North Korea in the 1990s.

Or, as in Montreal, Quebec, Canada (no surprise), you can turn them into public art installations.

The Montreal Metro is currently rolling out its sleek new Azur rail cars, putting its half-century-old MR-63s to pasture. Under the supervision of STM, Montreal’s transit authority, some of the first and oldest cars are preparing themselves for new and radically different lives.

Thresholds (Seuils), by artist Michel de Broin, is the first of seven winning MR-63 reuse proposals to STM. The installation debuted (see photo at the top of this page) in the city’s Quartier de Spectacles during KM3, an outdoor urban art festival that ran from August 30 through October 15.

The 47-year-old Montreal artist, best known for his use of radically repurposed objects, has long shown a particular interest in transportation.