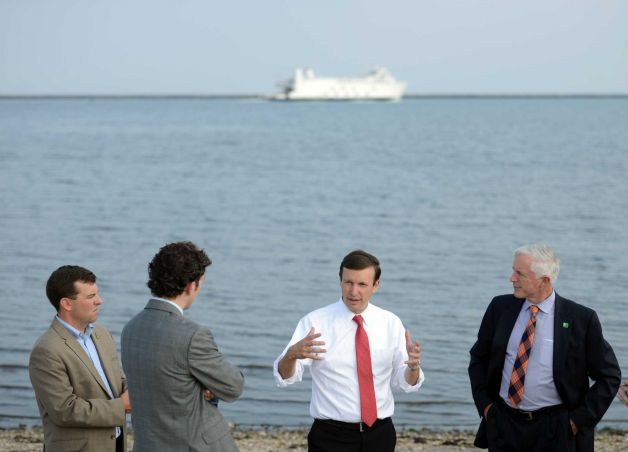 At the former Remington Shaver factory, on the shores of Long Island Sound and next to Seaside Park in Bridgeport, Connecticut, the question on many people’s minds Wednesday was how such a property could exist in its current state.

Despite the million-dollar views, 60 Main St. is today the scene of dilapidated buildings and a cracked, overgrown parking lot. Since the factory closed more than a decade ago, the land has only deteriorated.

City officials hope a $57 million project almost 10 years in the making will change all that.

If completed, the 60 Main St. project designed by Stamford-based Perkins Eastman could change the Bridgeport skyline.

With 222 market-rate units planned in a series of buildings stepping up in height as they move farther from Seaside Park, the development would put a new face on a city whose most visible landmark today is a red-and-white smokestack from a coal-fired power plant.

The site, which is adjacent to the University of Bridgeport, is in the South End, one of the poorest sections of the city. Officials said it could be a transformative development.

“We believe this will change the neighborhood,” said David Kooris, who heads the Bridgeport’s economic development department.