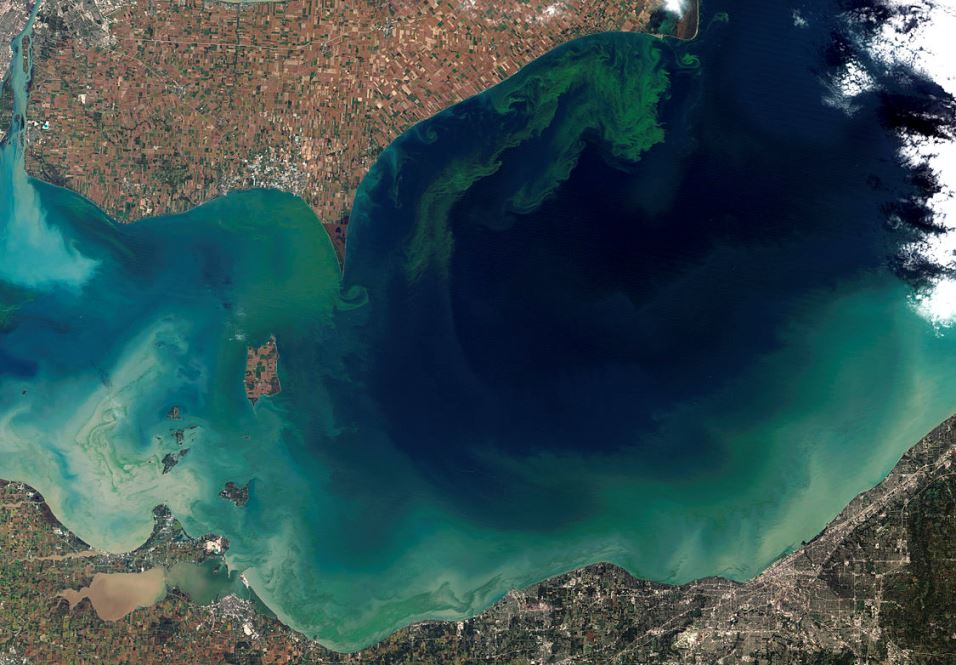 Farmers in northwest Ohio realize that runoff from their fields feeds the giant toxic algal blooms that grow in Lake Erie‘s western basin each summer, and that they share responsibility for reducing the annual outbreak.

Many are attacking the problem using innovations in farm machinery–such as sub-surface cultivators that place fertilizer 3 to 8 inches below the soil–enhanced soil conservation practices, and a return to some old-fashioned organic farming methods.

Their objective is to reduce the amount of phosphorus that flows from their fertilizer and manure into creeks and drainage ditches, and eventually into the Maumee River.

From there it empties into the lake, forming a toxic pea soup that closes beaches, spoils vacations, scatters schools of walleye to cleaner regions, and threatens drinking water with toxic bacteria.

All three of the farms are in the Blanchard River watershed in Hancock and Hardin counties. The Blanchard is a 103-mile tributary of the Auglaize River, which eventually empties into the Maumee River, which is the primary source of phosphorus runoff into Lake Erie.

Photo of devastating 2011 algae bloom in Lake Erie by Jesse Allen and Robert Simmon of the NASA Earth Observatory.