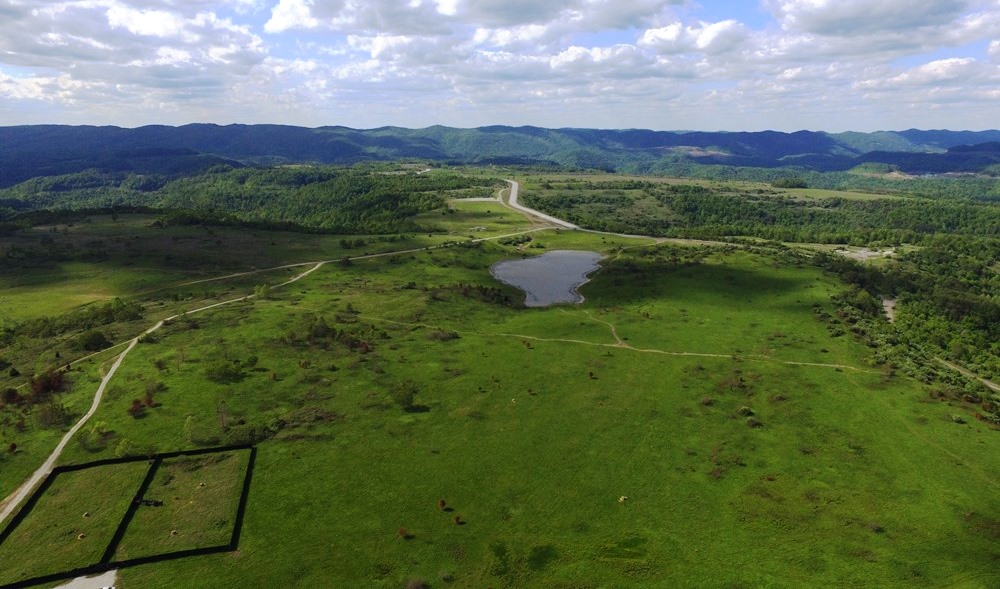 On August 9, 2016, the Appalachian Wildlife Foundation (AWF) completed the purchase of the vacant 500 acre Pine Mountain Regional Industrial Park in Bell County, Kentucky. Earlier, in May of 2016, AWF had entered into a long term lease for 12,000 acres that surround the Industrial park. The two tracts will be combined to form the site of the Appalachian Wildlife Center. 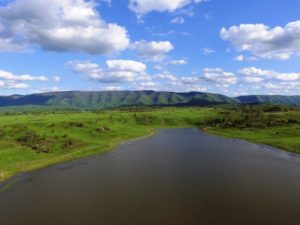 This came as a surprise to many local folks, who knew that much of the ecologically-damaged land is a former coal mine, which carved-up the land for some three decades, starting in the 1970s. The failed industrial park built on the former mine had remained unoccupied for 11 years, Now, for an investment of about $31 million, the property will be repurposed as a wildlife refuge tourist attraction and education center.

The Appalachian Wildlife Center will open to the public in 2019. It is expected to draw 638,000 visitors annually who will generate over $124,000,000 in economic activity, and by its’ fifth year of operation, The Wildlife Center will have created 2,118 new jobs. After ecological restoration, it will become home to dozens of elk, and will provide a habitat for birds, particularly those threatened by the loss of grasslands elsewhere.

Ledford joined AWF after eight years with the Rocky Mountain Elk Foundation where he served as a Director and Vice President. Over his twenty years in the wildlife conservation community before coming to AWF, David’s experience ranged from hands-on habitat work as a Certified Wildlife Biologist to management of national operations as a General Manager and Sr. Vice President.

The Appalachian Wildlife Center is modeled after the Elk Country Visitor Center in Benezette, Pennsylvania, which opened in September 2010 and within four months attracted 51,000 visitors from 46 states and 16 countries. That facility focuses on Pennsylvania’s wild elk herd, and offers elk viewing as its’ primary activity. Open 261 days per year, it attracted over 420,000 visitors in 2014 and is located in one of the most remote regions of Pennsylvania.

The Appalachian Wildlife Center will be much larger and will be open 353 days a year. It will cover 19 square miles inhabited by elk, black bear, white tail deer, wild turkey, bobcats and over 240 species of birds. At its’ heart will be a 45,000 square foot visitor center, which will house a museum of natural and regional history, a bird watchers hall, a general display hall with an area dedicated to elk, classrooms, natural history and taxidermy displays, a theater, a gift shop, an artisans market, a restaurant and offices.

The site will include an astronomy pavilion, butterfly and pollinator gardens, numerous research demonstration sites and extensive bird watching and hiking trails, as well as a 15-mile scenic drive, modeled after the Cades Cove experience in Great Smoky Mountains National Park.

A Kentucky-born elk is tranquilized & fitted with GPS tracking collar.

Ledford says “They have proven in Benezette, PA that you can attract more than 400,000 people a year just to view elk. We will have plenty of elk, and much, much more for our visitors to see and do. I expect The Appalachian Wildlife Center to become a premier bird watching destination, as it is located directly on a major migration corridor that places over 240 species of birds on the property during the year. It will be a family-friendly destination where visitors of all ages can spend an entire day.”

Ron Rohrbaugh is assistant director of the department of conservation science at the Cornell Lab of Ornithology, in Ithaca, New York. Reclaimed mine lands do not play a huge role in conservation planning, he said, because of the limited overall amount of space they occupy. But that does not mean they are unimportant.

“Those mines never regrow back into forest,” said Rohrbaugh. “What they do do, in many cases, is provide really good grassland habitat.” And one of the fastest declining groups of birds in the U.S., Rohrbaugh explained, are those whose nesting habitat is grassland—the type of land at the planned wildlife center site.

Ledford says that if tourism takes off in the area, it could lead to not only service jobs, but also construction jobs building new hotels and restaurants. And, he said, the wildlife center itself would be hiring, with an entry level wage of $14 per hour. 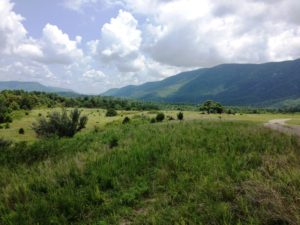 The Appalachian Wildlife Foundation has raised about $16.4 million for the wildlife center. That includes $12.5 million from a federal Abandoned Mine Land Reclamation Program pilot project. Another $1.8 million grant came via the Appalachian Regional Commission, an independent federal agency focused on economic development in parts of 13 states.

The project has also attracted non-federal contributions such as $500,000 from “one of the godfathers of the coal industry” who wishes to remain anonymous, $100,000 from the Bell County Tourism Commission, and many smaller donations.