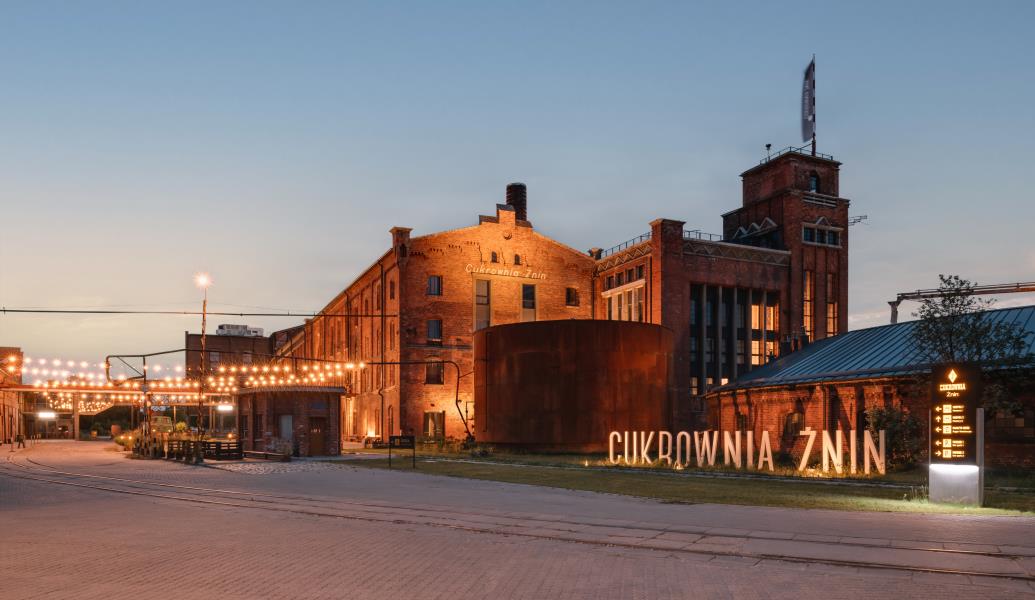 In Warsaw, Poland, the Żnin sugar factory was built in the late 19th century. Up until 2004, it actively produced sugar from beets.

I remember seeing this impressive structure when I (Storm Cunningham) was in Warsaw some years back, doing a public lecture on revitalization that was sponsored by the U.S. Embassy. 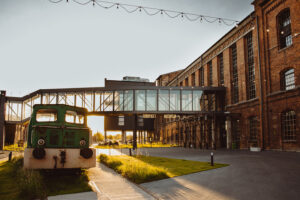 As a result of industrial restructuring, it was closed down and the buildings of the complex were ultimately designated for demolition.

ARCHE subsequently purchased the complex with the goal of renovating the factory and reviving the valuable, but collapsing buildings. They wanted to respect their historical value and the changes made to them over generations, enhancing their aesthetic and technical diversity.

From the onset of the project, the firm focused on preserving the history of the building by retaining almost all elements of the old factory, right down to its screws and sheet scraps. 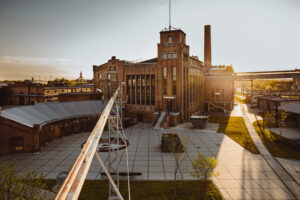 Although large elements of the old sugar factory now interact with new functions, they are still quite visible. Smaller elements were also maintained and incorporated into the interior design and, collectively, the whole project has retained its natural authenticity.

Upon entering the main building, the first impression is that it still serves as a “factory”, with a saturation of stimuli ranging from rough simplicity to emotional characteristics of intimacy and warmth.

Mastering the form of such a complex building proved to be a design challenge, and creating a layout of functions and communication within the vast space was time consuming. 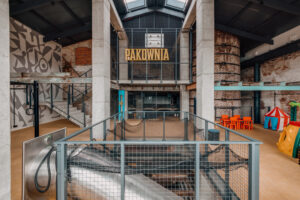 Nevertheless, the architects approached that complexity as a unique asset. Construction required load transfer calculations of the new structures, while reinforcing the old parts.

The installation inside the building was incorporated into the interior design, and the firm ensured the conservation of the site’s industrial heritage.

In its entirety, the complex consists of 27 buildings. None of the existing structures were demolished, and all were assigned new functions (some are still in progress). 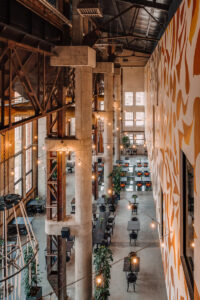 The approach to the interiors embraced connections to the surrounding landscape, with old stone pavement being restored, and trucks, pipes, masts, and other equipment remaining where it was.

That tied the whole project together, infusing recognizable character into the site from the moment the entrance gates are crossed.

The main hotel building features 4-star accommodations, including rooms, a restaurant, and conference space. The second building is a 3-star hotel, connected to an aquapark, a spa, a club, and a brewery.

The third building houses a conference room capable of accommodating 800 people, as well as a cinema, a restaurant with additional event space, a marina, a rehabilitation center, and an additional much smaller building that will be adapted for a new function.

The sugar factory is located near the historical centre of Żnin, in close proximity to a lake which once provided the factory with water, and now serves as part of the site’s recreational offering, with ideal conditions for windsurfing and motorized water sports. 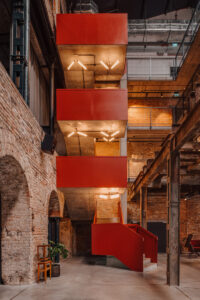 The construction manager also made a great contribution, as did industry designers who exhibited great creativity.

The support of municipal offices also played an important role, as did the input of former sugar factory workers, led by Mr. Andrzej.

The main authors of this award-winning project include the president of Arche, Władysław Grochowski, who saw the potential in the building doomed to annihilation, architect and Chief Designer Marek Bulak and architect Piotr Grochowski.

All images courtesy of Bulak Projekt.