What was once one of the most toxic former industrial sites in the country is now seen as a key piece in revitalizing a blighted area of Alexandria, Louisiana.

Ruston Foundry and Machines Shops was founded in 1908 and operated until 1985. It produced everything from furniture to locomotive engines. When officials from the Environmental Protection Agency visited the site in the 1990s, they found a toxic nightmare. 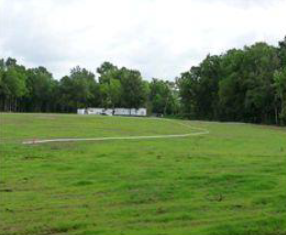 Structures were falling down. Piles of slag and scrap metal and drums filled with hazardous waste were strewn around the property. Material out in the open contained asbestos, and the soil was contaminated with lead and other harmful contaminants.

The 6.26-acre site was added to the EPA’s Superfund program’s National Priorities List in May 1999. The Superfund program was created to clean up the country’s most dangerous hazardous waste sites. Thanks for years of taxpayer-funded remediation, Ruston Foundry has been deleted from the NPL, and does not require any clean up action or further investigation at this time.

Long considered to be one of the primary impediments to economic development, city officials now think the former Ruston Foundry site could be key to revitalizing 40 acres of a a depressed area of Alexandria.

For years, city officials have engaged in discussions and research about taking on the former foundry site and adjacent properties, with the intention of a redevelopment that could help boost the declining area of South Alexandria.

While there is still work to be done before the city potentially takes possession, the vision of new industry providing jobs in an economically depressed part of the city appears closer than ever. On June 27, 2017, the City Council approved a process by which the city could accept donation of the property and begin exploring development options.

Feature photo of Alexandria by Ken Lund via Wikipedia.