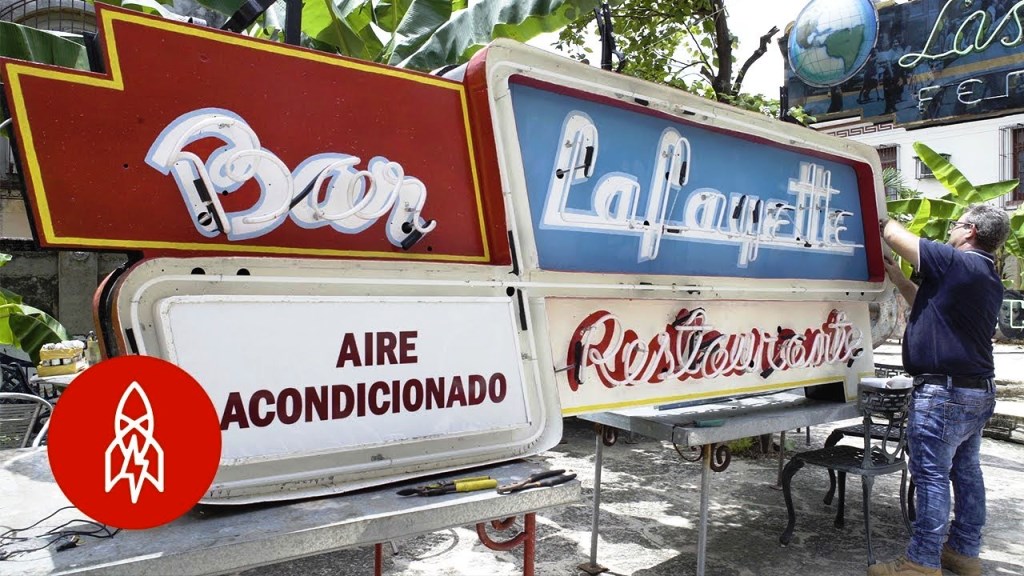 In the 1940s and 1950s, the streets of Havana, Cuba glowed with neon. Then, thousands of multicolored signs illuminated Cuba’s capital.

But following Fidel Castro’s 1959 revolution, government regulations and different economic priorities forced many of Havana’s swanky venues to shutter, leaving their neon signs to go black with them.

By the 1960s, the neon signs had became difficult and expensive to maintain. Slowly, they were taken down or shut off and left to decay. But all was not lost, and the city’s neon is beginning to shine once more, thanks to artist Kadir López Nieves.

Sign by sign, he is painstakingly restoring Havana’s glowing legacy to its former glory. Along with a skilled group of enthusiasts, Nieves is helping bring color and light back to this historic city.

Decades of economic turmoil and tight trade restrictions under the U.S. embargo have made it difficult to repair these rusted relics, and Havana’s once-bright signs have all but faded from memory.

Nieves is switching the city’s vintage neon tubes back on and relighting Havana’s streetscapes for the city’s 500th birthday in 2019. 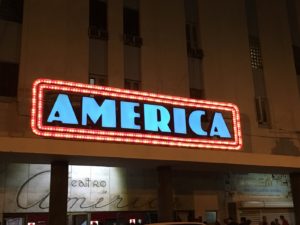 During the past three years, he has been painstakingly rescuing and restoring the city’s vintage signs one by one as part of his Habana Light Neon + Signs project.

So far, he and his team have resurrected more than 50 signs to their former glory. And, nearly 40 years after it closed, López re-opened Havana’s famous Rex Cinema in April of 2019 as the new REX Neon Center.

Restoring these neon relics is a painstaking process. Once López and his team receive a commission, they set up scaffolding to carefully remove and lower the old sign with rope.

They then place it in the back of a pickup truck, drive it back to López’s workshop in the Kohly neighbourhood and begin slowly removing any rust before heating the tubes to bend the letters perfectly back into place.

Restoring one sign may take between two or three weeks, depending on the condition of the sign and the complexity of each design. Once the sign is repaired, they’ll drive it back and resurrect it in its original location.

Nieves says he has a large contract to restore the lights at Havana’s famed Tropicana nightclub, which in its prime boasted famous patrons such as Hollywood stars Frank Sinatra and Humphrey Bogart.

Amid a global neon revival, the initiative started attracting enthusiasts from all over the world, who offered their expertise, he said.

“I love (neon) because it’s an organic light that lives and breathes. And then to discover an entire city: it’s almost like finding a treasure box,” said Jeff Friedman, who runs a New York-based neon sign manufacturer, during a trip to Havana.