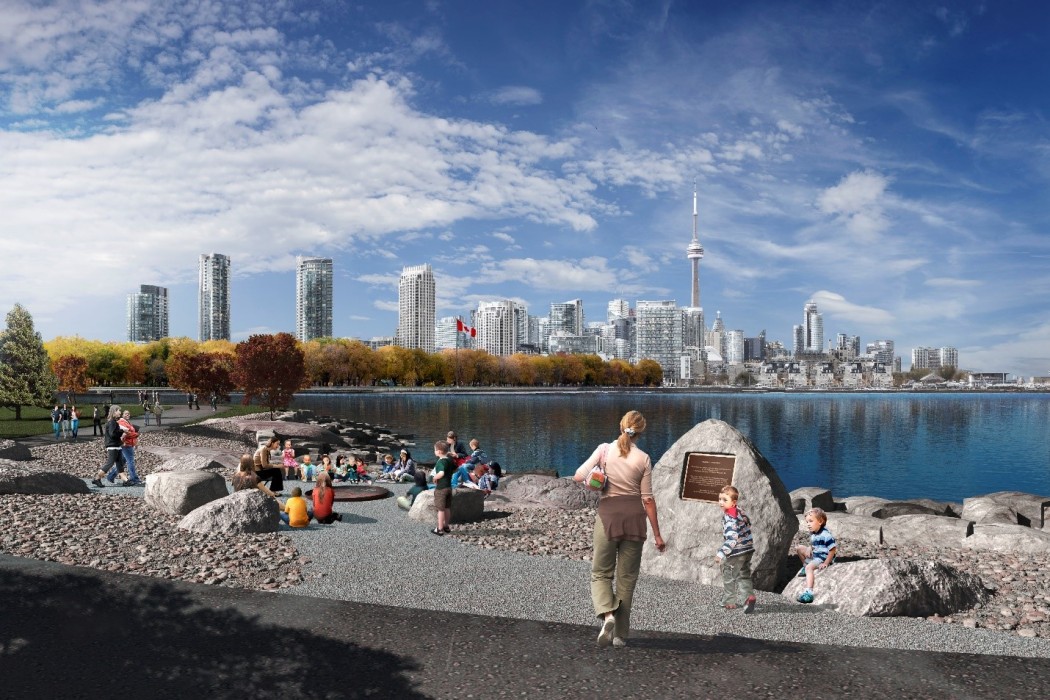 Last summer, the Province of Ontario, Canada announced its long-term vision to revitalize Ontario Place, on the shore of Lake Ontario, across from the Toronto skyline.

Working collaboratively with Infrastructure Ontario and Waterfront Toronto, the province has developed plans for the first phase of the revitalization – an urban park and waterfront trail.

At a special unveiling in June, 2015, the trail was dedicated in the name of William G. Davis who was Premier when Ontario Place first opened in 1971.

The William G. Davis Trail will connect the new urban park with Ontario Place’s history as a public space for all Ontarians and will link to the existing trail system that includes the Martin Goodman Trail, the Pan Am Path and the Waterfront Trail, as well the Trans Canada Trail in Ontario.

The design will turn a parking lot on the East Island into a 7.5-acre naturalized green space celebrating Ontario landscapes.

Waterfront Toronto led the public consultation and managed the design processes on behalf of the Province.

Site demolition is already underway and the park will be completed by Fall 2016.