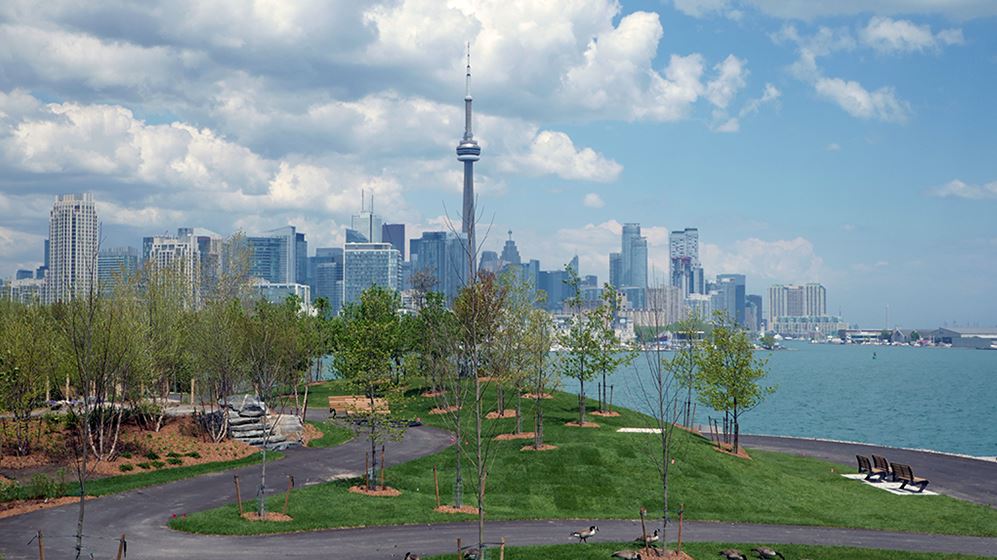 During my (Storm) many business trips to Toronto, I always passed a rather sad, rundown-looking waterfront attraction on the shore of Lake Ontario as I rode into the city from Pearson Airport. It’s called Ontario Place, and it’s sad no more. 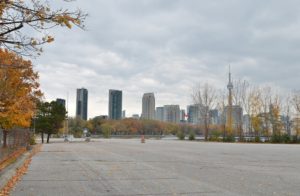 A “before” view of the scene you see at the top of this article. Photo: Nicola Betts

On June 19, 2017, the province of Ontario announced that it was revitalizing Ontario Place into a vibrant, year-round waterfront destination that is innovative, fun and engages residents and visitors of all ages.

As a first step, Ontario has transformed a former parking lot into the new, 7.5-acre Trillium Park and William G. Davis Trail, opening as part of Ontario’s 150th anniversary celebrations. As you can see from these photos of Trillium Park, progress has been rapid.

Throughout this process, Ontario Place continues to be a venue for live music, festivals and events.

Here are just some of the benefits of this process of revitalizing Ontario Place: 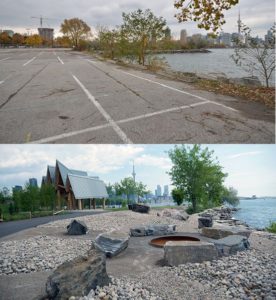 Before and after of fire pit.

As part of the celebrations for Ontario’s 150th anniversary, people can rediscover Ontario Place with a different themed event every long weekend this summer.

People across Ontario played an important role in creating the park and trail at Ontario Place.

As a result of public consultation, key features of the park and trail are included in the final design, including a pavilion.

The government also consulted with the Mississaugas of the New Credit First Nation on the final design.

Key features of the park and trail reflect their design ideas, including:

Our thanks to M.Reza Dadashi, Urban Planner & Researcher with the Canadian Urban Institute for bringing this news to our attention!

All photos courtesy of the Ontario Ministry of Tourism, Culture and Sport.