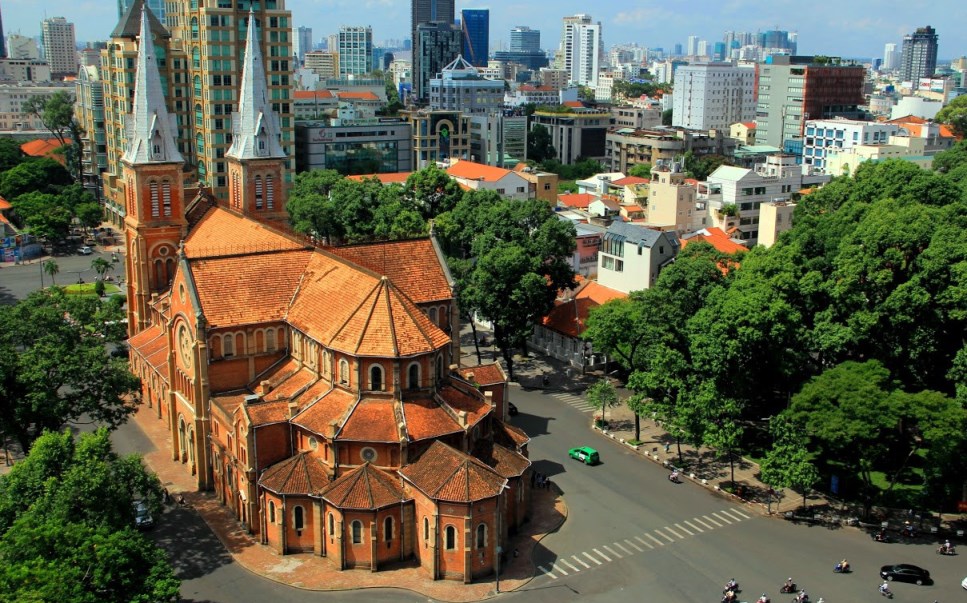 On February 1, 2018, Ho Chi Minh City (HCM City), Vietnam issued an “Open Call for Investment in Projects for the Rehabilitation of the Canal Region and Urban Renewal“, in which they seek private redevelopers to form public-private partnerships (PPP) with the city to help revitalize a number of urban canal areas.

Information from brochure of related conference held on February 6, 2018:

The urban management and development process of Ho Chi Minh City has shown that urban refurbishment is the basis for urban development, both as a requirement and a peculiarity in the process of urban development. With the investment in the development of new urban areas such as the new urban area of South City and Thu Thiem, the city has been concentrating on renovating urban areas. The goal of embellishment and urban development is to contribute to improving the quality of life for the people towards the goal of building a city with good quality of life, modern civilization and sentimental attachment. In addition to the achievements, the urban embellishment is still inadequate, confused in term of management.

The results of relocation of habitants on and along the canals are still not breakthrough. Pollution and floods are still serious, affecting the health and life of the habitants, directly affecting the quality of urban life. Moreover, it doesn’t ensure the essential public services to reorganize the life, to improve the quality of life. It doesn’t meet the level of people’s access to public services. The green area and urban greenery, living environment, architectural space, surrounding landscape are not guaranteed, not commensurate with the general development of special cities such as Ho Chi Minh City.

Over the past 20 years, the program has resulted in the relocation and reorganization of 36,000 households living on and along the canals. Many of the existing residential are renovated, upgraded and installed. Water supply and drainage systems are installed to upgrade or repair habitant houses. The urban face of the city has changed fundamentally; urban space has expanded, and new urban areas have sprung up to serve the needs of the better. However, the results have not been achieved as expectation and more than 20,000 houses on and along canals have not been relocated and cleared.

The fact requires a breakthrough in mindset, in goals, in steering and in implementation to bring about better results. The 10th Congress of the Party of Ho Chi Minh City from 2015 to 2020 has added the seventh revolutionary program on embellishment and urban development, from 2016 to 2020. The Party Committee has issued the Action Plan No.15-CTrHD / TU dated December 27, 2016 on embellishment and urban development from 2016 to 2020. The relocation and re-organization of the habitant life living on and along the canals is one of the four main contents of the program. Targeted to 2020, basically completed the relocation of all over 20,000 homes on and along the canals, reorganize the population, combined with the urban embellishment along the canal.

Shortly thereafter, the City People’s Committee issued Decision No. 5928 /QD-UB dated November 11, 2016 about the issuance of the Action Plan No.15-CTrHD/TU dated October 2Z 2016 of the City Party Committee on Dressing and Urban Development in Ho Chi Minh City. This could be the right, timely policy of the Party and the authority, as well as a new development from the process of reviewing the reality, and inherit the experience and results of the implementation of Project “Relocation and re-organization of the lives of the habitants living on and along the canals” in the past. The policy has been consistent and throughout the past, demonstrating a tireless continuity, persistence and determination of the City Party about taking care of people’s lives.

It can be confirmed that the socialization policy to reduce the burden on the budget is absolutely correct, especially in the context of difficult situation of the budget as today. The city is focusing on mechanisms and policies to attract investors and promote the attraction and efficient use of development investment capital to implement urban renewal projects in the form of private public partnerships (PPP). In the future, the city will carry out clearance, relocation and resettlement of habitants on and along the canals, especially the canals of Doi-Te, Xuyen Tam and Van Thanh and heavily polluted canal lines that are important in drainage.

When investing in renovating and embellishing urban areas, apart from bringing about a certain profit, it is also a responsibility for the society and for the city, contributing to the cause of building and development of the city. Therefore, this Conference to promote and call for investment in the implementation of projects on reorganization, relocation of houses on and long the canals, and to call for investors. This is to create opportunities for Ho Chi Minh City to further strengthen its cooperation activities, attract new investors and support existing investors, attracting, participating in the construction investment projects urban embellishment.