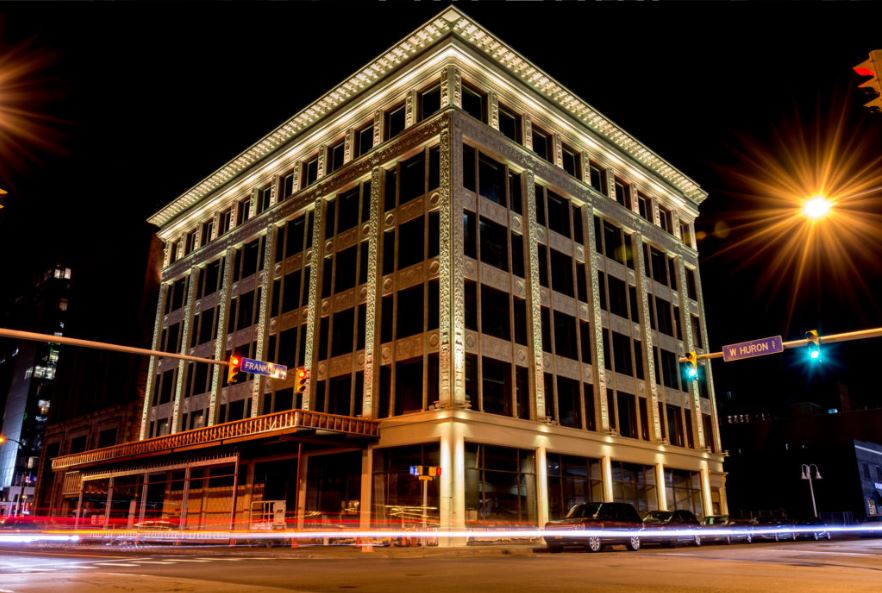 In business parlance, a “soft opening” is an unannounced—or marginally promoted—first day of commerce that happens days or weeks ahead of the grand opening.

It’s often used by new restaurants, retailers, and hotels that want to be sure their systems and staff are up to snuff before being stressed by larger crowds. It has become a popular tactic that helps ensure a more-successful grand opening, not to mention avoiding public humiliation. 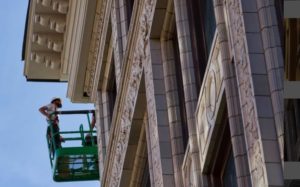 Marc Croce’s soft opening for the Curtiss Hotel in a recently restored and repurposed Buffalo, New York office building was a total failure. After eight years of planning and work, Mark capped off his $24 million conversion of the historic, long-vacant Curtiss Building with the sold-out opening of the 67-room boutique Curtiss Hotel on June 30, 2017.

The hotel opened for registration at 3pm on that Friday, and the restaurant opened at 5pm. Over the course of the weekend, Croce estimates that over 800 people came through the hotel. He said he had to six additional bartenders at one point on Saturday night. 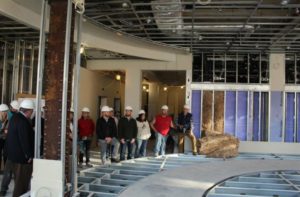 So much for a soft opening—with maybe 40 or 50 customers—which is what Croce had intended. Instead, the dining room was totally sold out while they were still testing the kitchen.

Curtiss Hotel is the result of a stunning transformation of the former Harlow C. Curtiss office building, from which the hotel takes its name. Once home to a furniture company, the building is listed on the National Register of Historic Places. Through the hotel’s classic design, guests can feel part of local history while enjoying contemporary luxuries and conveniences. In addition to its rich interior decor, including an original historic corridor, the property is one of the largest terra cotta structures of its type in downtown Buffalo.

With a first-floor fine-dining restaurant and a revolving bar—plus a rooftop bar and lounge (with fire pit)—the Curtiss Hotel will be part of Choice International’s Ascend Collection of independent hotels. An outside patio seat another 60 diners.

The hotel has 14 guest rooms on each of the second through fifth floors, plus a dozen more on the sixth floor. The rooms vary in size and shape because of the building’s original design for offices. One of them is an extra large Presidential Suite. Rates will reportedly range from $189 to $599 per night.

Curtiss Hotel is home to the Chez Ami, a casual upscale Modern American/Italian restaurant featuring the only revolving bar in the region, providing year-round patio seating with Saturday and Sunday brunch offerings. VUE Rooftop Lounge features indoor and outdoor seating where guests can take in panoramic views of downtown Buffalo, Lake Erie and the Canadian shoreline year round. With seating for up to 300, VUE has multiple rooms that can be reserved for weddings and other special events.

The hotel was conceived and developed by Croce, who is president & CEO of the Buffalo Development Corporation. Curtiss Hotel is conveniently located near the Buffalo-Niagara Convention Center, Keybank Center, Coca-Cola field, Canalside, Shea’s Performing Arts Center and the Buffalo-Niagara Medical Campus.

Known for inspiring individuality, the Ascend Hotel Collection is the first and largest global soft brand, featuring best-in-class unique, boutique and historic hotels and resorts with more than 230 properties open or under development worldwide.

All photos courtesy of the Curtiss Hotel.