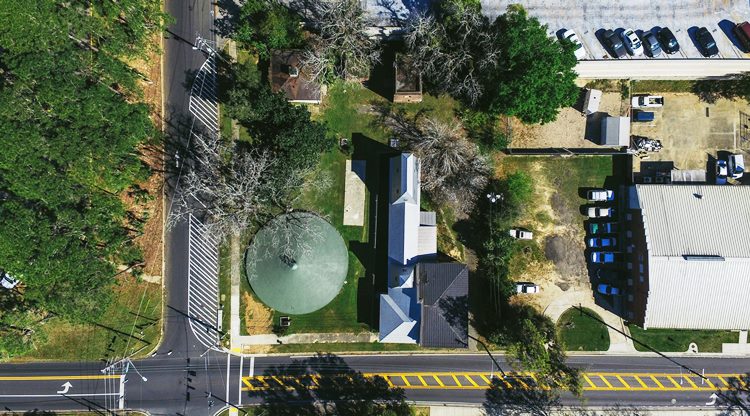 A historic Tallahassee, Florida property is up for a revitalization, but local organizations are discovering finding a new purpose for the city’s old water building isn’t so easy.

Tallahassee Waterworks, the former city water site, has been non-operational since 1958. It’s currently empty, right between Downtown and Cascades Park.

Knight Creative Communities Institute (KCCI) is spearheading a push to revive Waterworks. The a local organization works to create “sense of place” projects around town, like the porch swings downtown, the Frenchtown Farmers Market, and the Discovery playground at Cascades. Alex Workman is on the organization’s Waterworks team.

The city of Tallahassee, prodded by a Knight Creative Communities Institute’s proposal, is putting up some money to spark the renovation of the historic Waterworks site.

In April of 2016, the City Commission approved the funding of a $10,000 architectural assessment as the first step in what many hope will be a new beginning for the site’s more than 100-year-old main building, a rectangular structure known for its distinct, high peaking towers.

The site, which last generated city water in 1958, is a nearly 1-acre L-shaped swath on Gaines and Gadsden streets. It has five buildings, the most notable of which are the main building and a circular cistern. The site also has two maintenance buildings and a house.