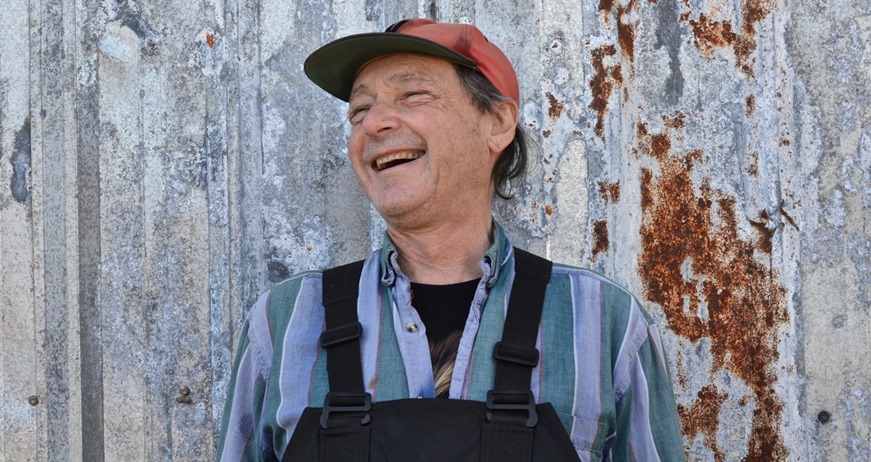 He’s not sure he’d consider himself one now.

The 75-year-old Philadelphia native climbed the corporate ladder for a while. He dealt cards in Las Vegas. He was a storm chaser and produced a two-hour documentary about the Grand Canyon. He also served in the Air Force.

And then in 2008, Beerger bought an 86-acre farm along the Lewis & Clark River, a 20-mile-long tributary of the Young’s River in northwest Oregon. But exotic, alien species abounded.

In 2013, staff from The Freshwater Trust (TFT) replaced four acres of invasive blackberry and other weeds with native trees and shrubs, purchased from local nurseries in Oregon and Washington. 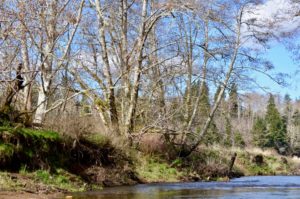 “It was a weedy thicket that was between five and ten feet tall,” said Monique Leslie, habitat restoration project manager with TFT. “Now when you visit the site it’s still a thicket, but of a different kind, full of plants that are going to benefit the river.”

TFT implemented the restoration to offset a portion of the temperature increases caused by discharge into the Columbia River from the Port of St. Helens, approximately 70 miles north of Portland. Reducing the water temperature via shade helps restore endangered native fish.

Today, Norm leases a portion of them to a neighbor for hay and cattle grazing. There is a small orchard with a dozen fruit trees and a hillside forest housing elk, possums, bald eagles, coyote, deer and raccoons.

And along his waterfront, there are Sitka spruce, grand fir, red alder, western red cedar and Pacific willow trees.

The Freshwater Trust is a non-profit organization based in Portland, Oregon. With more than 30 years of on-the-ground experience, TFT is the largest restoration-focused organization in the Pacific Northwest, and the second largest conservation group based in Oregon.

They have a unique mix of in-house staff expertise, ranging from fish biologists and hydrologists to GIS experts, business and conservation systems analysts, attorneys and ecosystem services analysts.

They are moving beyond a procedure-based past to an outcome-based future via an approach called Quantified Conservation. It’s about ensuring every action translates to a positive outcome for the environment. It’s about leveraging the best practices used by businesses and social sector organizations to restore the state of our natural resources.

TFT puts quantified conservation to work and offer services that accelerate the pace and scale of restoration.

Photos courtesy of The Freshwater Trust.

See full article (with more photos plus a video) by Haley Walker on the TFT website.