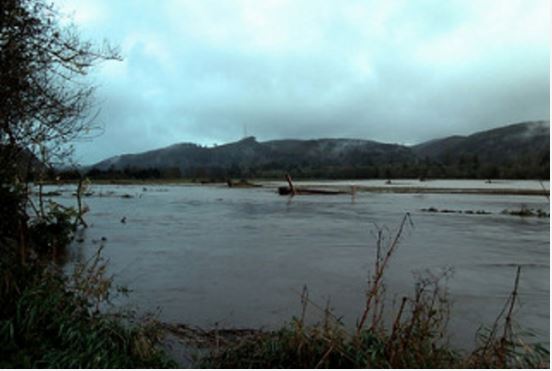 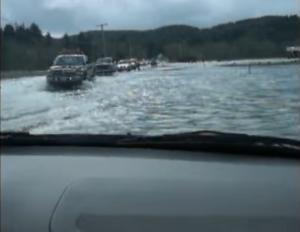 Every winter on Oregon’s north coast, the Necanicum River spills out over its banks during heavy rains and swallows the road just south of Seaside. This happens at least once -– and up to seven times — a year.

But not this year.

Last summer, highway officials teamed up with a local landowner to use a nearby wetland as a natural sponge for floodwater. By removing a mile-long wall of dirt created long ago by highway engineers, they freed the river to spread out into its natural flood plain. Since then, even when the Necanicum has over-topped its banks, it hasn’t sent its waters to flood the highway.

In 2003, the North Coast Land Conservancy bought 364 acres alongside Highway 101 -– including the pasture. The group manages 3,000 acres of habitat in the region, and it was planning to turn the pasture back into what it used to be: a forested swamp that doubles as a salmon nursery.

Now, with the restorative berm removal, the fish win and local drivers win. The state budget wins as well, since two other engineering proposals to mitigate flooding would have cost millions of dollars. Simply removing an earlier bit of bad engineering solved everyone’s problems.