In Pakistan, over 100 million saplings will be planted across the country by provincial and federal forest departments during the ongoing monsoon season, which began in mid-June.

Unlike some head-in-the-sand countries that like to call themselves “great”, Pakistan has a high-ranking official in charge of climate resilience. Climate Change Minister, Zahid Hamid, approved the planting of 103.32 million tree saplings for the monsoon season at a high-level inter-ministerial and inter-provincial meeting. 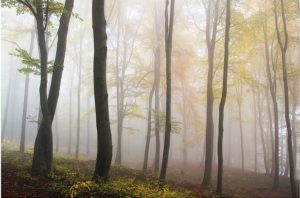 “To achieve this goal is particularly important because forests are the best way to cope with various deleterious socio-economic, environmental and health fallouts of global warming-triggered climate change, particularly floods, desertification, wind erosion, storm-rains and heavy winds, cyclones, sea intrusion, glacial melt, erratic and torrential rain,” said Mohammad Saleem, media spokesperson for the Climate Change Ministry. He said that the present PML-(N)-led government is well aware of the exacerbating vulnerability of Pakistan to the impact of climate change and was taking all-out measures to boost climate-resilience of the country.

“Prime Minister Nawaz Sharif’s ambitious Green Pakistan Programme, launched early this year across the country is a clear indicator of the present government’s seriousness towards protecting socio-economic sectors, lives and livelihoods of the people from the climate change impacts, which have risen in frequency and intensity,” Saleem stated.

In Punjab, 12 million trees will be planted by the Punjab forest department during this monsoon season. The Punjab Assembly’s Steering Committee on Public-Private Partnership (PPP), on Friday, has approved afforestation project in six districts of South Punjab which is being implemented by South Punjab Forest Company (SPFC), a subsidiary of Forestry, Wildlife & Fisheries Department. 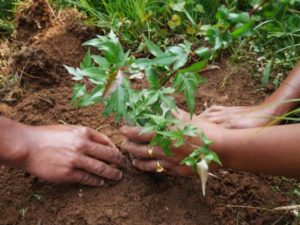 The project will be executed in collaboration with the private sector that will promote sustainable forestry investments in the region and bring numerous economic and environmental benefits as well.

The project is expected to sequester approximately 5.6 million tonnes of carbon sequestration, plant almost 11.4 million trees, and create almost 15,000 green jobs. “On the approval of the project from the steering committee, a green revolution is underway which will revive the forestry sector in Pakistan and will offer a promising future for all”, said SPFC’s Chief Executive Officer, Tahir Rasheed.

It should be noted that this is afforestation, not reforestation. They are not restoring a natural forest: the program is basically a tree farm with economic benefits for local communities, and climate benefits for the planet.

SPFC is a subsidiary of the Government of Punjab, established in 1984. The Company seeks private investment, alongside public money, for raising tree plantations, to reduce deforestation in Punjab and to combine forest conservation with sustainable economic development. SPFC has been assigned a blank area of 99,077 acres mainly falling in D.G. Khan and Bahawalpur Civil Division across five districts, which include Bahawalpur, Rahim Yar Khan, Rajanpur, Muzaffargarh and D.G. Khan.

SPFC aims to combine socially and environmentally responsible forestry investments with unique potential for stable and attractive returns through participation in the value chain of competitive and sustainable industries. Selected investors will invest in trees and other timber related assets with an emphasis on investments in high biological growth plantations.

The approach will generate both long-term capital appreciation for partners and an attractive and sustainable income yield. In future, SPFC will seek investments in forestry projects that are or will be certified by a reputable forest management certification scheme. 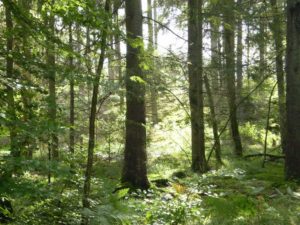 Separately, on June 16, 2017 SPFC and the Society for Conservation and Protection of Environment (SCOPE) signed an MoU with the aim to improve the forest cover in assigned riverine, arid and irrigated areas of south Punjab; promoting forestry by engaging multinational companies through their Corporate Social Responsibility (CSR) initiatives; and supporting each other in achieving the overall goal of Public Private Partnership (PPP) in forestry sector.

The MoU also aims for assisting the Government of Pakistan to comply with the intergovernmental environmental conventions related to combating desertification, biodiversity protection and climate change by promoting forest cover in the country. The MoU was signed at SPFC’s office by Tahir Rasheed, CEO, SPFC, and Tanveer Arif, CEO, SCOPE. The heads of both organizations pledged to play a role in improving the forest cover through CSR campaigns and protecting the natural tree cover at large.

According to Rasheed, “SPFC will act as a vehicle that will combine socially and environmentally responsible forestry investments with unique potential for stable and attractive returns through the participation in the value chain of competitive and sustainable industries.”

Rasheed added, “This MoU will allow investors to invest in the opportunity offered by SPFC. We will work closely with SCOPE in promoting commercial forestry and environmental standards of sustainable forest management to improve the value and yield of the forests; promote mutually beneficial business relationships that can attract forestry investments from Green Climate Fund (GCF) and other international funds; and carrying out tree plantation drives on the forestland managed by SPFC for tissue culture/cloning/forest cover improvement and other experiments.”

Highlighting the role of SCOPE in forest conservation, Tanveer Arif, CEO, SCOPE, said, “We will prepare a plan of action to involve the corporate sector and general citizenry in forest conservation and protection of environment, thus contributing towards sustainable economic development of the province. Furthermore, we’ll engage international partners for funding in forestry programmes in Punjab that will help to restore indigenous flora and protecting natural regeneration of forests.”

Both the organizations also agreed to seek the possibility of getting Carbon Credits for MNCs and other corporates against their efforts to increase the forest cover; organize educational trips to SPFC’s assigned areas for research, knowledge sharing and awareness; develop informational material for the promotion of Public Private Partnership (PPP); and raising awareness to promote commercial forestry and CSR activities in the forestry sector.

All photos courtesy of SPFC.