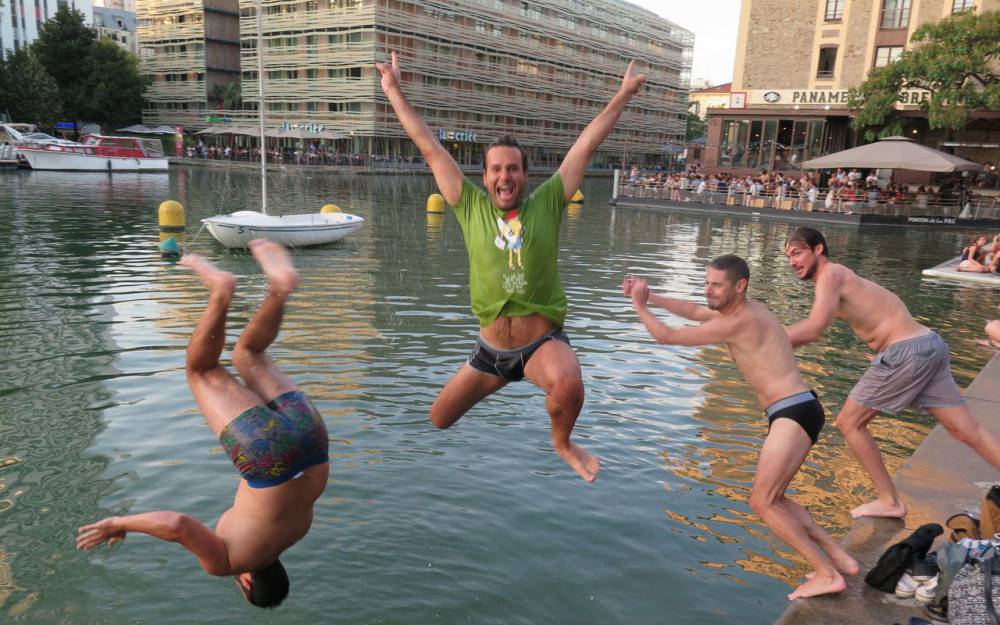 For years, Paris, France has been promising to open up its urban waterways for safe, clean public swimming.

This month, it’s done exactly that, becoming the second world-class city to accomplish the feat. Copenhagen, Denmark was the first, opening its floating harbor baths in the early 2000s.

On July 17, 2017, Paris Mayor Anne Hidalgo opened-up new open-air swimming enclosure in the Bassin de la Villette. In temperatures of over 90 degrees Fahrenheit, Parisians lined up to splash about the three new pools fed directly from the canal’s waters, separated from the watercourse’s general flow only by filter meshes to keep leaves and other objects out. 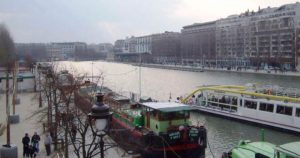 The Bassin de la Villette is the largest artificial lake in Paris. The large rectangle was filled with water on December 2, 1808.

Located in the 19th arrondissement of the capital, it links the Canal de l’Ourcq to the Canal Saint-Martin, and it represents one of the elements of the Réseau des Canaux Parisiens (Parisian Canal Network), a public-works authority operated by the city that comprises approximately 130 kilometres (81 miles).

How did Paris accomplish this heroic cleanup? The city has actually been cleaning the waterways here for several decades. Paris’s canals here were once among the world’s most contaminated: not surprising, considering that they served former industrial areas, and received the city’s sewage.

But since the 1980s, regulations managing industrial run-off have tightened substantially. Paris invested heavily in wastewater treatment, and in rectifying the combined sewage overflow problem (the result of a tragically-common, monumentally-dumb engineering design) that afflicts cities worldwide during times of heavy rainfall.

Two years ago, following a concerted clean-up, bacteria levels dropped below safe levels, and rogue bathers have been jumping in the water here for a while. Meanwhile, the Canal Saint Martin, which runs downstream from the basin down to the Seine, was entirely drained and cleaned in 2016, a process that sent a powerful visual message to Parisians that the area’s historic filth was being swept away.

Paris has accomplished what many major cities around the world are trying to do…or are at least promising to do. They include Berlin, Germany, London, England, Melbourne, Queensland, Australia, Portland, Oregon, and New York City, New York.

In Boston, Massachusetts, the annual “City Splash” is one of the few days the state permits public swimming on the city’s stretch of the 80-mile, notoriously filthy Charles River. The Charles is now one of the cleanest urban rivers in the U.S.

The event, now in its fifth year, spotlights the non-profit Charles River Conservancy’s efforts to build a permanent feature on the river that would allow visitors to enjoy the water without coming in contact with any leftover contaminants. They call it a “swim park,” which would include floating docks for swimmers to safely jump into the river without touching the hazardous bottom. The water quality would be regularly tested. Nearly 300 people signed up to take the plunge this year.