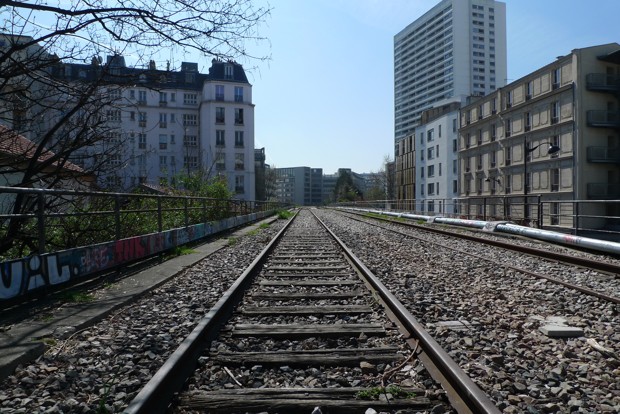 Paris, France has an opportunity most cities would kill for: a 32–kilometer strip of unbuilt land stretching though some of its most popular neighborhoods.

What makes this huge plot of land yet more unlikely is that it is actually the product of a 150 year-old infrastructure mistake.

The so-called Petite Ceinture (“Little Belt”) railway was built in the 19th century around what was then Paris’s edge, before being overshadowed just a few decades later by the Metro system.

Most of the Petite Ceinture has thus been closed since 1934, though one section remained in service through 1985, until it too faded into obscurity as a forgotten tunnel of green through the city.

Ringing inner Paris without actually passing through its heart, re-opening the line for public access is the sort of rare chance that doesn’t come a city’s way twice. It’s ripe for a conversion along the lines of New York City’s famous High Line—itself partly inspired by an earlier Parisian railway line conversion, the Promenade Plantée, which opened in 1993—but the sheer length of it is just so much longer.

This summer has seen the launch of an ongoing public consultation on what to do with the Petite Ceinture, of which only a few small parts have as yet been opened to ordinary Parisians.