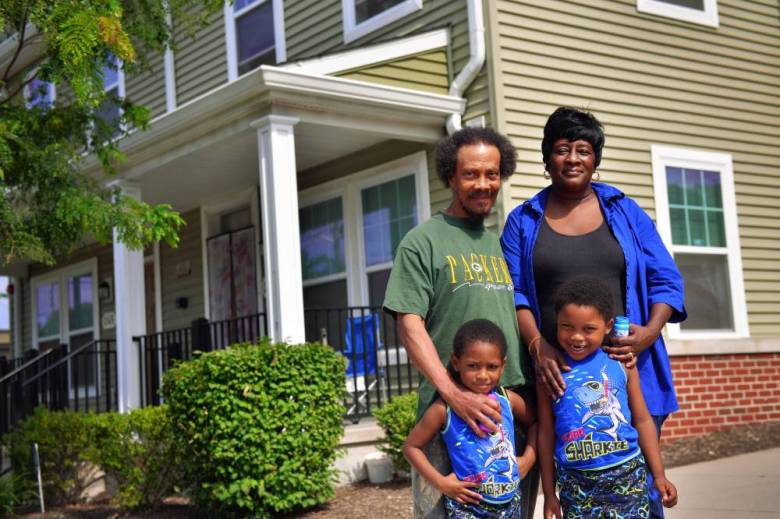 Growing up in Paterson, New Jersey, Sandra Drysdale had lots of friends living in the Alexander Hamilton housing complex. But what she heard about crime and drug-dealing there made her afraid to visit.

Now, she lives with her husband and sons on the site of the old complex, in a rented town house — which she describes as “gorgeous” — at a new subsidized development called Heritage at Alexander Hamilton.

“I love this place,” Drysdale, 56, said recently. “It’s so quiet, and everybody watches out for each other. … It’s a community.”

The foreboding old brick buildings — built in the 1950s and known informally as the Alabama projects, for nearby Alabama Avenue — were torn down in 2010 and replaced by the new development, a collection of 205 town houses and semi-detached homes. The new development, which includes a community center and space for a preschool, recently won a Smart Growth award from New Jersey Future.

After large urban public-housing complexes around the nation became magnets for drugs and crime, a number of them were demolished to make way for a less dense style of development. The idea was to dilute the concentration of poverty as a way to reduce social problems.

“With the high-rises, we had a lot of indefensible space that was not owned or monitored by anyone,” said Wilfredo “Fred” Vazquez, director of modernization and development for the Paterson Housing Authority.

Instead of being isolated from the surrounding neighborhood, as the old housing complex was, the new Heritage has a street grid that has been reconnected to the surrounding blocks.

“We wanted to reintegrate the neighborhood to the community by opening the streets back up,” said Vazquez.