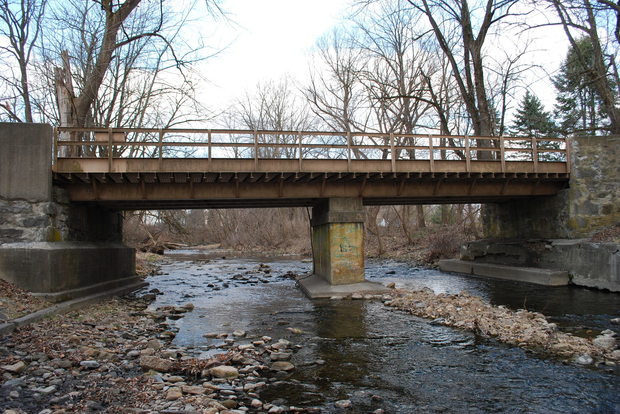 Northhampton County, Pennsylvania has found an innovative way to renovate and/or replace 33 structurally deficient or deteriorating bridges in one fell swoop, without using any state or federal funding (which is in short supply these days).

If the project is successful, they’ll expand it to clear out the county’s entire inventory of 99 bridges in coming decades.

They created a public-private partnership (P3), similar to the one PennDOT formed two years ago to upgrade 558 bridges across the state, which has 6500 locally owned bridges rated “structurally deficient”.

Northampton’s P3 works like this: Since state law doesn’t allow communities and counties to do P3 deals, the county deeded its bridges to the County Authority, which in turn signed a rehabilitation and maintenance contract with private contractor, Kriger Construction.

Kriger lined up the financing to build the bridges and proposed a set 10-year payment schedule with the authority. Because the authority doesn’t have its own income or revenue, the county agreed to pay the authority an annual “service” fee — which would mirror the annual payments due to Kriger by the authority.

Those annual payments begin at around $4 million, but trend lower after the first five years until the payments end in year 10. The county, vis-a-vis the authority, also required Kriger to agree to a 10-year maintenance window to account for any problems that could crop-up after construction.

There are also no federal or state funds used for the project, although PennDOT did provide extensive assistance to get the project moving.

Local leaders say that using this framework will save the county both time and money, as well as push much of the risk associated with a large construction project onto the contractor.