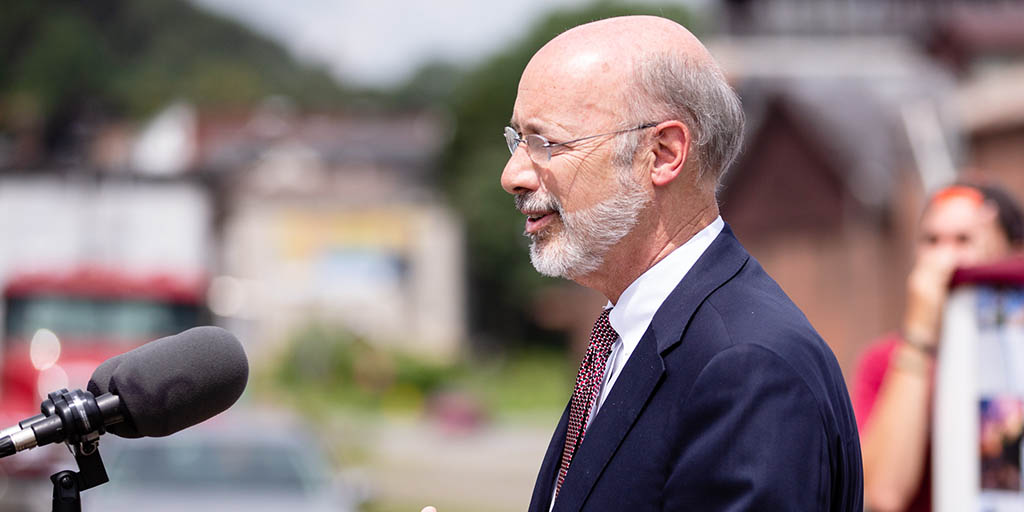 As long-term REVITALIZATION readers have no doubt surmised by now, Pennsylvania Governor Tom Wolf is probably second only to fellow Democrat New York Governor Andrew M. Cuomo when it comes to U.S. state leaders who focus significant funding on community revitalization as on ongoing program.

This is as opposed to the stop-start funding that’s so prevalent in other states, and which—as a result—tends to accomplish far less in terms of building revitalization momentum. Such momentum is crucial to building confidence in the local future, which is the single most important goal of any revitalization program, as documented here.

Now, on August 27, 2018, Pennsylvania Governor Tom Wolf announced funding for the elimination of blight from the community of New Kensington in Westmoreland County. (Hopefully, this blight removal will be done more intelligently than it often is in other communities, which often sabotage their future by blindly demolishing their built heritage and other reuseable, restorable assets that are essential to creating resilient prosperity.)

“This project is a great example of our continued efforts to revitalize Pennsylvania’s communities by battling blight and contamination,” said Governor Wolf. “This funding will help New Kensington create a safer community that is prime for redevelopment.”

The City of New Kensington was approved for a $500,000 grant for environmental testing of properties, abatement of contamination, demolition of dangerous structures, disconnection of utility lines, and preparation of the properties for redevelopment.

“It’s an honor to have helped bring $500,000 to the NK Revitalization project in Westmoreland County,” said Senator James Brewster. “The City of New Kensington is taking an environmentally responsible approach to its sanitation system, and this grant will go a long way to provide the proper testing and preparation for new infrastructure.”

The city’s sanitary authority will be replacing infrastructure to bring the system into compliance to serve the project area. The project is expected to bring economic growth through enhanced property values, a stronger local tax base, and increased commercial and residential development.

“Wonderful things are happening in New Kensington,” said Representative Frank Dermody. “This tremendous state support is a major boost to the city’s continuing work to address properties with environmental and public safety issues and get them ready for new development. It’s a great new chapter in the story that’s being written by the people of New Kensington.”

Photo of Governor Wolf making the announcement in New Kensington was provided by the governor’s office.

Supported through the Redevelopment Assistance Capital Program (RACP), funding will support critical expansion projects, some of which will provide opportunities for additional economic development.