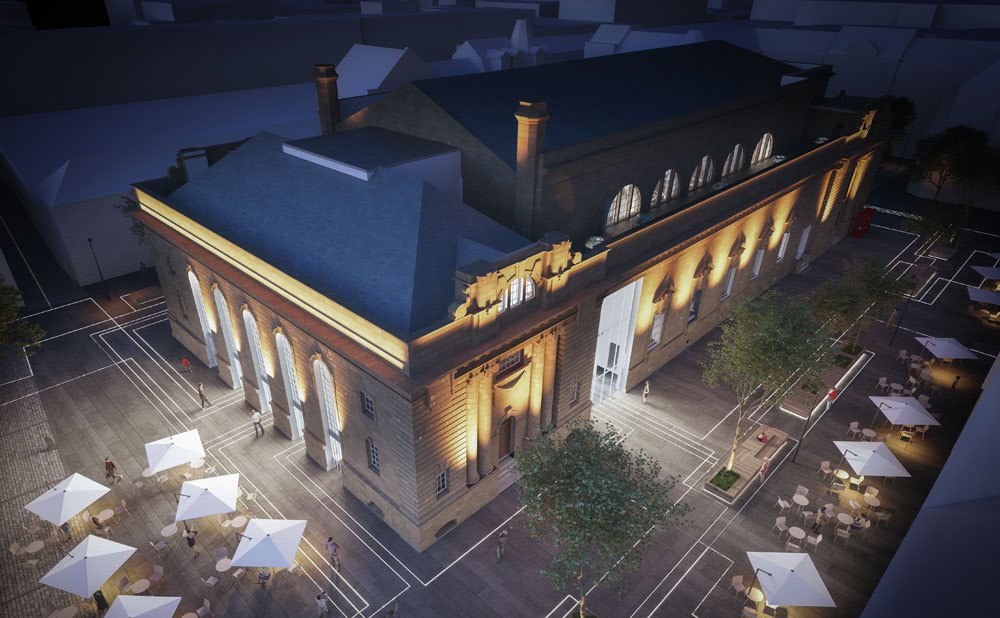 Perth is an ancient city in central Scotland. Located on the banks of the River Tay, it has a population of about 50,000. The lovely city of Perth, Western Australia—where I (Storm) did some work for the Planning Institute of Australia in late 2015—was named after Perth, Scotland.

Perth and the River Tay.Photo credit: Ingo Mehling via Wikipedia

Modern day Perth serves as a retail center for the surrounding area. Following the local decline of the whisky industry, the city’s economy has diversified to include insurance and banking.

Due to its location, the city is often referred to as the “Gateway to the Highlands”.

Now, Perth’s historic city hall is about to be renovated and repurposed as a gateway to the city. 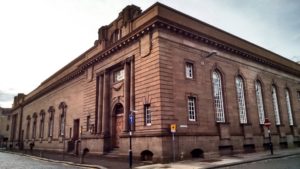 The Perth & Kinross Council has selected architects Mecanoo, based in Delft, The Netherlands, to design the renovation of Perth City Hall.

The category B-listed heritage building will be transformed into a cultural facility with exhibition spaces, learning suite, café and retail space.

Mecanoo envisions the project as means to create a new gateway to Perth; to its history, and its pride. The project proposal seeks to re-activate Perth City Hall by a number of ‘light touch’ interventions that embrace the building’s beauty and character, whilst improving accessibility and reinforcing existing connections. 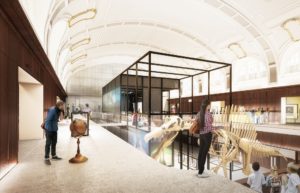 By increasing transparency on all elevations and providing levelled access, people are encouraged to come inside. The public ‘internal vennel’ allows the public to walk through the building with the possibility entering the exhibition spaces and café. Inside the characteristic main hall, an inserted volume offers optimal flexibility to exhibit Perth & Kinross Council’s permanent and temporary collections.

The renewed public realm between the city hall and St John’s Kirk will feature a comfortable seating area. A new lighting scheme threads the design for the building and public realm together. 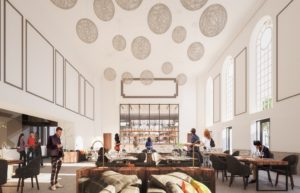 Francine Houben, founding architect and Creative Director of Mecanoo says “We’re delighted to have been appointed for this prestigious project. We look forward to working together with the local community and Perth and Kinross Council to create an exciting new cultural destination for Perth.”

Councillor Ian Campbell, Leader of the Council said: “Mecanoo stood out as having responded sensitively to the brief, conserving much of the historic building with an innovative and flexible design that will stand the test of time.

The panel felt that Mecanoo paid particular attention to the needs of a wide range of visitors and the transformation of the area surrounding City Hall into a vibrant, inclusive civic space of which we can be truly proud.” 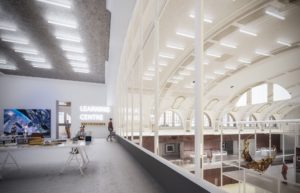 A spokesperson for Culture Perth and Kinross added: “Culture Perth & Kinross are delighted that the next phase of this transformational project is now underway and look forward to working with Mecanoo and Perth & Kinross Council to deliver an exciting and imaginative new venue for Perth which will make our collections and rich local heritage more accessible.”

Mecanoo has extensive experience with listed buildings, transforming them into inviting public spaces while retaining their original character.