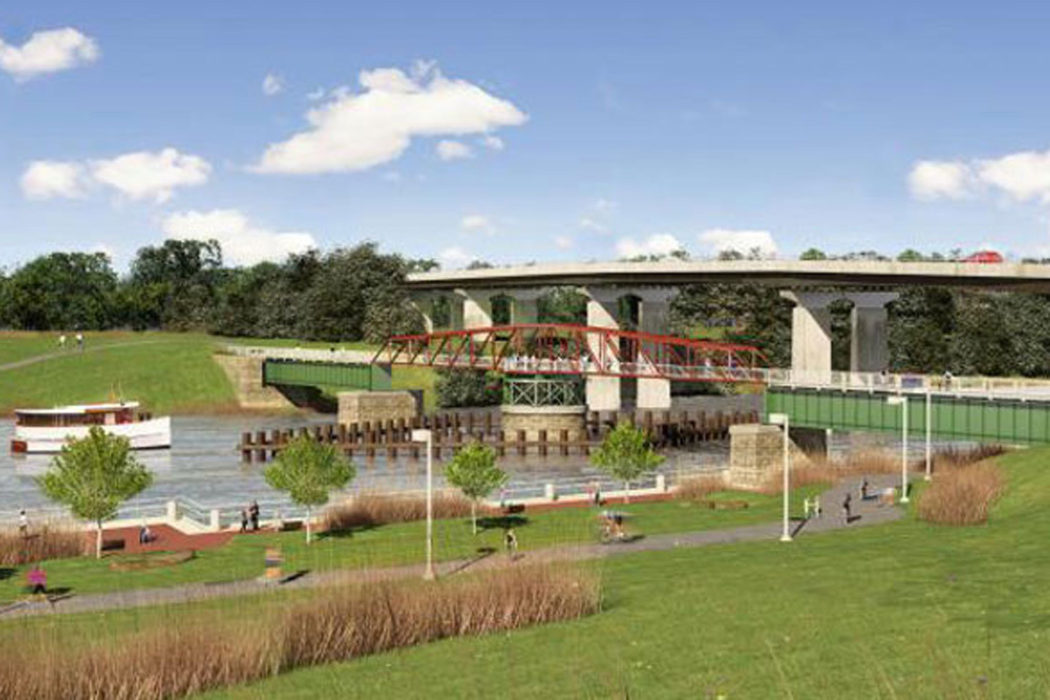 It’s been a dozen years since the city laid down a 12-foot-wide strip of asphalt along the Schuylkill River in Philadelphia‘s Center City and called it a park.

At the time, officials were unsure whether people would venture to the waterfront, and so the path was opened without any landscaping or amenities.

Any day now, the Schuylkill River Development Corporation will start formal construction on the fourth installment of the now wildly popular waterfront trail.

To connect the two sides of the Schuylkill, the SRDC is gearing up to construct a $13 million trail bridge between Bartram’s Mile and Gray’s Ferry.

Called Bartram’s Mile, the $6 million addition is the first segment to make the leap across the river and extend the recreation path into the neighborhoods of Southwest Philadelphia.

This time, it will be lushly landscaped, with groves of trees, gentle hills, and grassy meadows.

With the opening of Bartram’s Mile expected in late fall, the dream of a continuous waterfront path stretching from the city’s northwest corner to its southern tip is starting to look like a reality.

Bartram’s Mile also represents another kind of leap. Bringing the park to the underserved Kingsessing neighborhood will demonstrate that waterfront trails aren’t for just the city’s elites. Surrounded by a tangle of rail lines and the Schuylkill Expressway, Southwest Philadelphia has felt cut off from Center City and the universities.

The trail, which stretches from 58th Street to the Gray’s Ferry Bridge, will eventually make it possible to bike downtown in under 20 minutes.

Though there is still years of work ahead, the progress over the last decade suggests a steady, incremental approach is an effective way to reclaim our once-industrialized waterfronts for the public’s enjoyment.