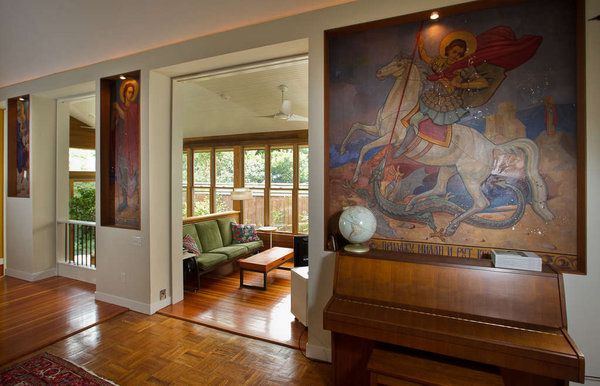 The 19th-century building is no longer a working church. Its brownstone facade requires expensive repairs. If the Polish Catholic church received city protection, he predicted darkly, “it would just end up sitting empty.”

There it was, the killer argument. By conjuring up an image of the once-handsome St. Laurentius wasting away, blighting the rowhouse neighborhood around it, Phillips tapped into the common view that old churches and synagogues (not to mention movie theaters) are just too quirky for our modern world.

With their soaring sanctuaries and oddly shaped floor plans, it is certainly true that aging religious buildings are hard to adapt for new uses.

At the same time, a new study by the Philadelphia-based Partners for Sacred Places offers evidence that the most crucial factor in repurposing a house of worship is not money, but imagination.

Because so many local congregations have shuttered their buildings recently, the group decided to track the outcomes.

To its surprise, Partners discovered that 52 sanctuaries in the city and four in the Pennsylvania suburbs have found an afterlife with nonreligious tenants in the last decade.