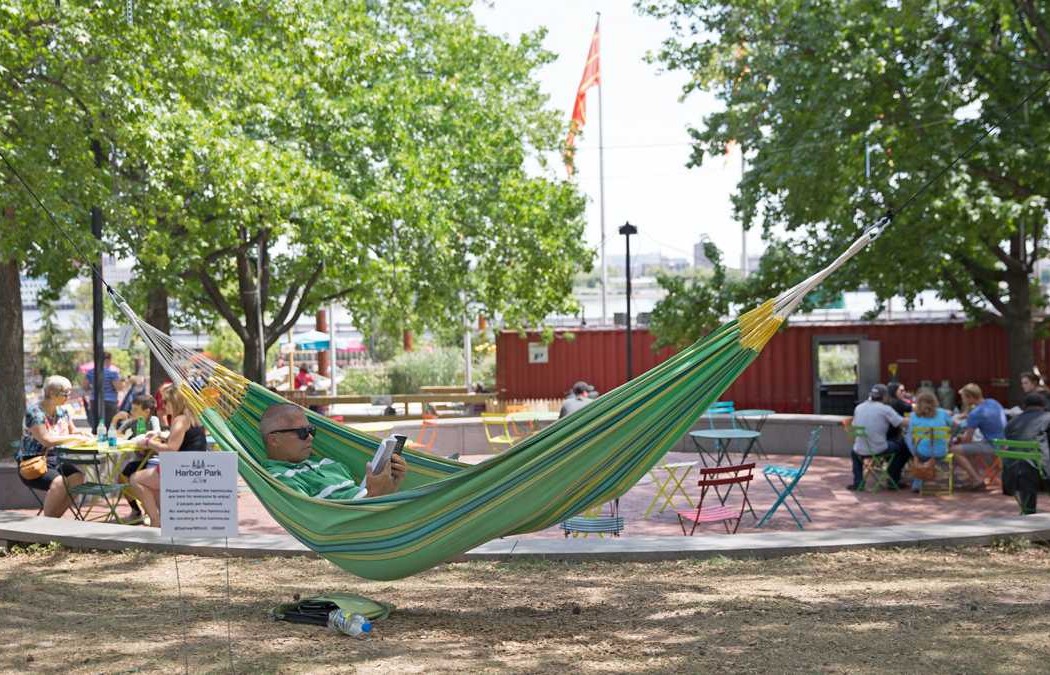 Each winter, the city operated a harbor-side ice skating rink. There were also summer concerts and festivals on the waterfront, bursts of life that would fizzle out as soon as the events ended.

But most of the time, people didn’t venture down to the river. For one thing, getting to the waterfront requires finding a place to cross I-95, the 10-lane highway that cuts through the city.

More importantly, there was little to see or do. About two years ago, that started to change.

The Delaware River Waterfront Corporation, a nonprofit organization created by the city to manage waterfront development, turned its standalone ice rink into a seasonal park and winter-themed lodge.

The organizers strung up holiday lights, brought in food and beer vendors, and held holiday events and performances. DRWC called it the Blue Cross RiverRink Winterfest.

When cities reimagine their waterfronts, they often go for big, multi-million dollar projects, like an aquarium, a casino, a sports venue, or a string of hotels.

DRWC is doing something different. The group is starting small. And cheap. Attendance shot up.