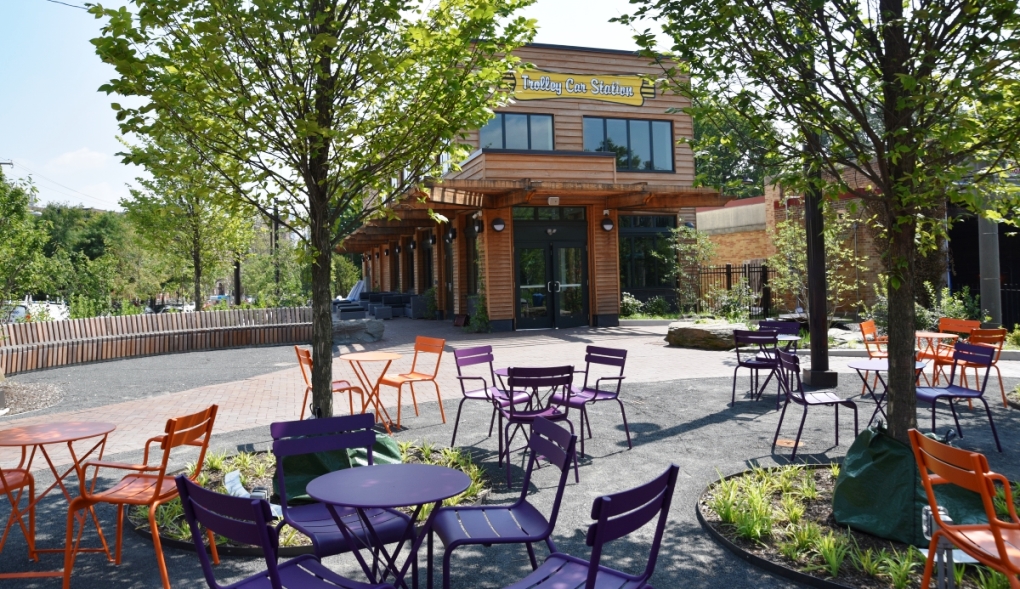 At this station’s portal, four of the five Subway-Surface Lines enter the Woodland Avenue subway tunnel after running on the street in Southwest Philadelphia and nearby suburbs. 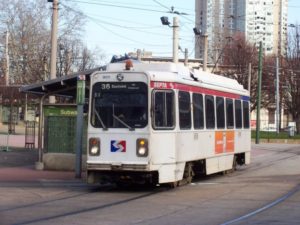 Until last year, the Trolley Portal was a hideous expanse of concrete and power poles; a place that neither made a good first impression for visitors, and that was not an enjoyable place to wait for locals. But no more.

The years-long project to transform and revitalize the 40th Street Trolley Portal into the Trolley Portal Gardens is now complete. The official grand opening of the Gardens, which will included a ribbon cutting, an open house, and light refreshments, took place on September 27, 2018 from 5-7 p.m. 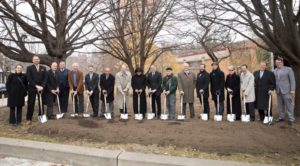 In recent months, new elements were added to the site, including boulders, custom seats, trees, concrete pavers, and tree plaques, in addition to the raised mounds.

New lighting poles and lights have also been installed.

Trash and recycling containers have also been recently added, and it was completed with tables and chairs. Also, Indego has moved their bike share station from Woodland Avenue to 40th and Baltimore. 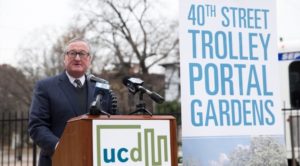 The redevelopment of Trolley Portal Gardens, which began in the summer of 2017, is the culmination of years of fundraising and planning initiated by University City District to transform the 40th Street Trolley Portal into “a welcoming, inclusive neighborhood amenity.”

Through a unique public-private partnership with SEPTA, the City of Philadelphia, and neighborhood stakeholders, UCD has raised $2.1 million to transform the 40th Street Trolley Portal, the busiest at-grade rail station in the city.

By combining great urban design, infrastructure renewal and community engagement, UCD has transformed the space from an unsightly expanse of concrete into a vibrant and social space featuring beautiful landscaping, movable seating, and a new restaurant that serves as a community asset for thousands of neighbors, commuters and local employees. 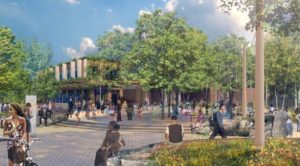 Trolley Portal Gardens now serves as a beautiful gateway for West Philadelphia trolley passengers, and as a welcoming public space for neighbors.

The new Trolley Car Station restaurant will be an eastern anchor on the fast-growing Baltimore Avenue business corridor, where tens of thousands of neighbors, commuters, university students, and employees from the nearby VA Medical Center and Children’s Hospital of Philadelphia converge.

The site design emphasizes safety and comfort for the estimated 5,000 riders who board or exit trolleys at the Portal each day. 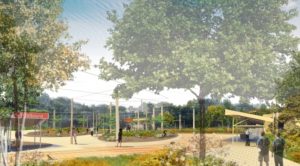 The overall aesthetic improvements will enhance the commutes of nearly 60,000 riders who pass through the Portal each day. Green City Works, UCD’s full service landscaping social venture, will maintain the space, ensuring that the neighborhood’s beautification is tied to growth and opportunity for local residents.