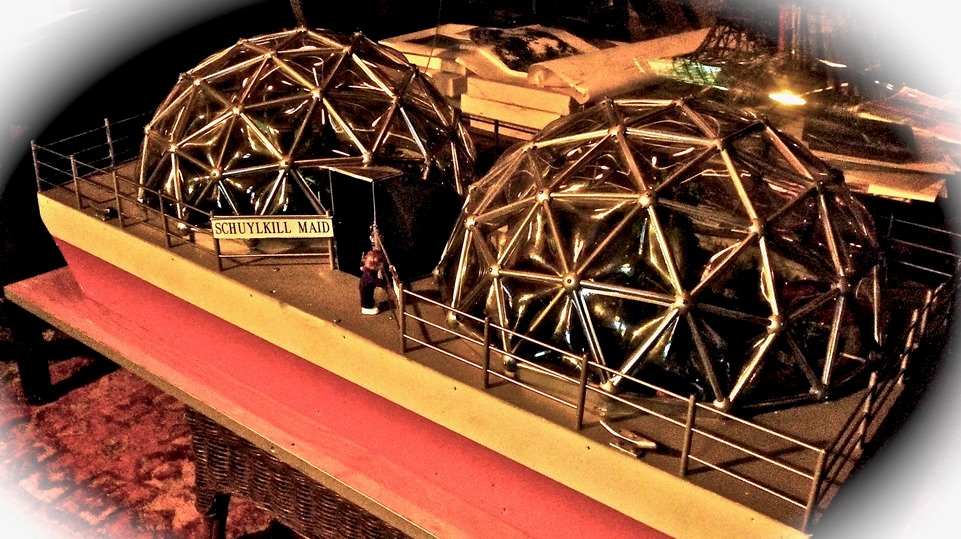 The Bio-Remediation Barge is a dynamic design concept incorporating Solar Aquatic Technology to clean the Schuylkill River in Philadelphia, Pennsylvania. It is slated to become an environmental education center that also helps feed the city via aquaculture production.

This innovative architecture is meant to be an icon of Philadelphia’s efforts to actualize the green transition. It will serve the river, all the creatures who depend on the river, and showcase the ongoing challenge of integrating human architecture with living systems.

The design concept for the current version of the Bio-Remediation Barge evolved out of a collaboration among John Todd, Jay Baldwin, and Christopher Zelov, who met during production for the award-winning film “Ecological Design: Inventing the Future.”

The Living Machine technology was invented by John Todd.  See the book “From Eco-Cities to Living Machines : Principles of Ecological Design” for more insight.

The scale model for the Bio-Remediation Barge was built by Jay Baldwin (1933-2018), who was an Industrial Designer and Soft Technology editor at the famous Whole Earth Catalog. It is currently on display at City CoHo, 2401 Walnut Street, in Philadelphia.

Christopher Zelov said, “Jay Baldwin was one of my principal design mentors. He taught me about how practice and prototyping, with a keen attention to nature’s operating principles can lead to conceptual breakthroughs in Ecological Design. He also transmitted the joy of continuous learning and the power of the creative design/build ethos. It is fitting that we dedicate the Barge project in his memory.”

In a Bio-Remediation Barge the River water is cleaned through creative application of the science of Solar Aquatics and is designed to mimic the cleansing functions of wetlands. By creating 3 linked eco-systems, aerobic, non-aerobic, and constructed marsh. The water is cleaned 5 times more times than by conventional means.

The key benefits to the River community include: 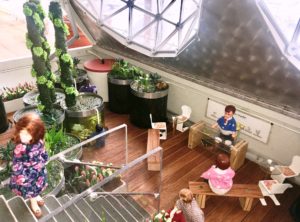 Among other aspects, it also plants fertile seeds in youngsters’ minds so that the Restoration Economy can reach its full potential.  The ubiquitous conventional form of development that is essentially blind to our polluted rivers, and local ecosystems (that we are dependent on), needs to to be questioned, and somehow re-framed.

The emerging field of Regenerative Ecological Design, as exemplified by the Barge project, can also provide new learning spaces that foster an expanded perspective and mind share. Many University of Pennsylvania professors have already expressed interest in holding classes in such a dynamic environment.

For instance, at the March Eco-District meeting, Penn Climate Scientist Irina Marinov said, “I would love to teach in a regenerative environment like on the Barge: it reminds me of an EarthShip.”

Ultimately, the Bio-Remediation Barge is a form kinetic art, an educational and scientific project that will help advance the power of regenerative ecological thinking throughout the bioregion.

They are currently looking for educational partners to help realize this creative space for learning.

Unless otherwise credited, all images supplied by Christopher Zelov.