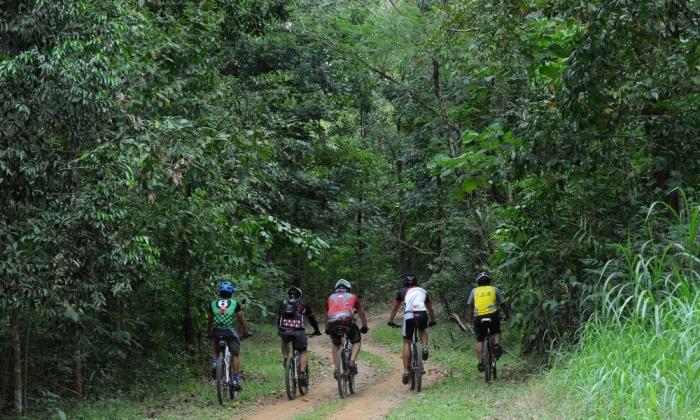 A forest paradise has re-emerged alongside Manila rubbish dump. The city’s revitalization program has re-established a green paradise in the midst of their giant slums.

The only nature park in Manila, the La Mesa watershed, a thicket about a fifth the size of Paris, wraps around a dam that stores drinking water for the metropolis of 14 million people.

“It’s as if you’ve left Manila,” Anton Haltland, manager of a car dealership, said after he and his friends spent half a day riding mountain bikes under thick canopies and through knee-deep river crossings.

“As if you’ve slipped into a different time zone of a bygone era … it ticks all the boxes for challenge and beauty,” be continued.

About 300,000 people visit the watershed and its more than 50 kilometres (30 miles) of nature trails each year, say park officials.

The tropical rainforest within a city is the product of a 15-year partnership involving the national government, water companies and environmental groups.