They complain that the government is exotic commercial tree species, such as mahogany and rubber, which are not suitable for the Philippine environment. This results in unnatural tree farms, not the restoration of healthy, biologically diverse forests. 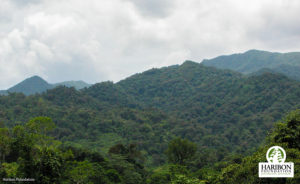 Now, a new strategy has emerged, known as “rainforestation.” “Rainforestation is using our native trees in restoring our forests,” according to Thaddeus Martinez, a forester from the Haribon Foundation. “We are prioritizing some of the endemic trees within a particular place. We are always tracking to have the tree species match with the sites.”

Native trees are more adaptive to the forest being restored. They have greater chance of survival. Aside from reviving the life support system of forest, they also ensure the flourishing of native plants and animals.

Unfortunately, Philippine land has been reforested with fast-growing, exotic trees invasive to the country’s original forests. This replaces native trees and can result in unhealthy monocultures. Diseases and pests invade exotic tree plantations and can eventually wipe out the entire reforested areas. It can result in nutrient imbalances in the soil and plants.

A forest is more than just a collection of trees. It is an ecosystem. A “rainforested” area, on the other hand, can provide ecological benefits that enhance human and wildlife resilience alike.

Martinez, the program coordinator for Haribon’s ROAD (Rainforestation Organizations and Advocates) to 2020 program, emphasized the use of native tree species, such as the many species of dipterocarps to not only restore forests in barren areas, but also to provide additional benefits for both wildlife and nearby communities.

The concept of rainforestation in the Philippines originated from Dr. Paciencia Milan, former chairperson and chief executive officer of the Foundation for the Philippine Environment (FPE). It was introduced in 2002 to Haribon, which has adapted the concept into its Road to 2020 initiative.

Haribon, the Philippines’ pioneer environment organization, is the current convener of the Rainforest Restoration Initiative (RFRI), a network of 14 national and international organizations that promotes rainforestation. These groups have collectively restored 22,000 hectares of forest cover throughout the country since 2005. 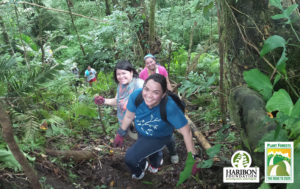 ROAD to 2020 (Rainforestation Organizations and Advocates), started in 2005, is an environmental movement to restore Philippine rainforests using native tree species such narra, apitong, lauan and many others, and to sustain provision of ecological goods and services by year 2020 through an informed and engaged people. It provides an opportunity for everyone to come together and help bring back natural forests.

Haribon is currently working with different clusters throughout the country toward restoring rainforests with an 80% average survival rate. These clusters, composed of LGUs, academic institutions, government agencies, NGOs, POs and individuals, are committed to rainforestation, and to ensuring that ecological benefits from forests are enjoyed by Filipinos of today and tomorrow, and that the native wildlife will live on.

Rainforestation also applies to urban areas, which can use the advantages provided by increased forestry. The increased presence of native trees in cities offers multiple benefits such as cooler microclimate, increased genetic diversity, and beautification of sites such as road sides.

The role of reforestation in improving climate resilience is critical for regions such as Metro Manila, which has seen its green spaces shrink in recent decades and suffers from the urban heat island effect and flooding episodes brought by monsoon and typhoon-induced rainfall.

All photos courtesy of Haribon Foundation.