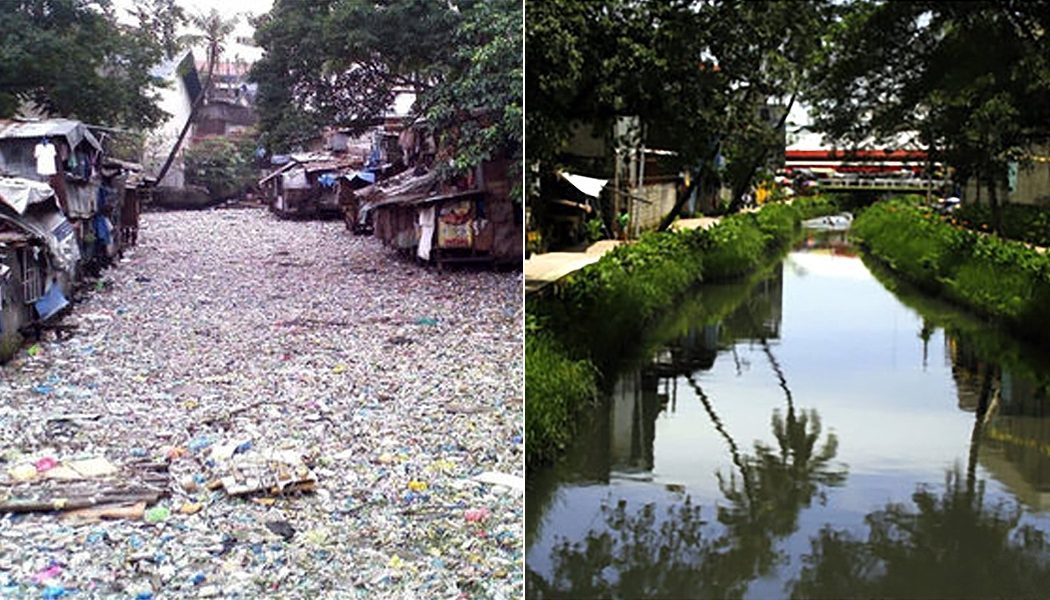 When the American architect and urban planner Daniel Burnham came to Manila, Philippines more than a century ago, the Pasig River reminded him of the bucolic Seine in Paris. Burnham likened the Pasig’s many tributaries to the canals of Venice.

By the 1930s, the comparisons were fading fast. Pollution from residential and industrial waste began to choke the Pasig and its offshoots. It only got worse, thanks to rapid urbanization along the riverbanks, meager infrastructure for handling sewage and weak enforcement against industrial dumping.

By 1990, the river was biologically dead. Stripped of oxygen by algal blooms, the smelly river could only support the hardiest species, such as water hyacinths and the pesky “janitor fish.”

For years, uncoordinated efforts to collect trash and dredge silt from the river bottom failed to clean it up. Expensive schemes to aerate the river water by pumping air into it only created more sludge, requiring more dredging.

But a few years ago, officials here finally hit upon a solution that’s showing results. The strategy required thinking on a small scale, not a grand one.

Rather than looking for a single bold stroke that would clean up the river, planners set their sights on the Pasig’s 48 small tributaries, or esteros. If they could stop people along these smaller waterways from treating them like open sewers and garbage pits, then they could stem the flow of wastes flowing downstream into the river and ultimately into Manila Bay.

It’s been so successful that it’s become the model for communities along 19 more esteros here.

If Manila’s waterways are ever to be restored to what Daniel Burnham saw, it’s going to happen this way: one tributary at a time.