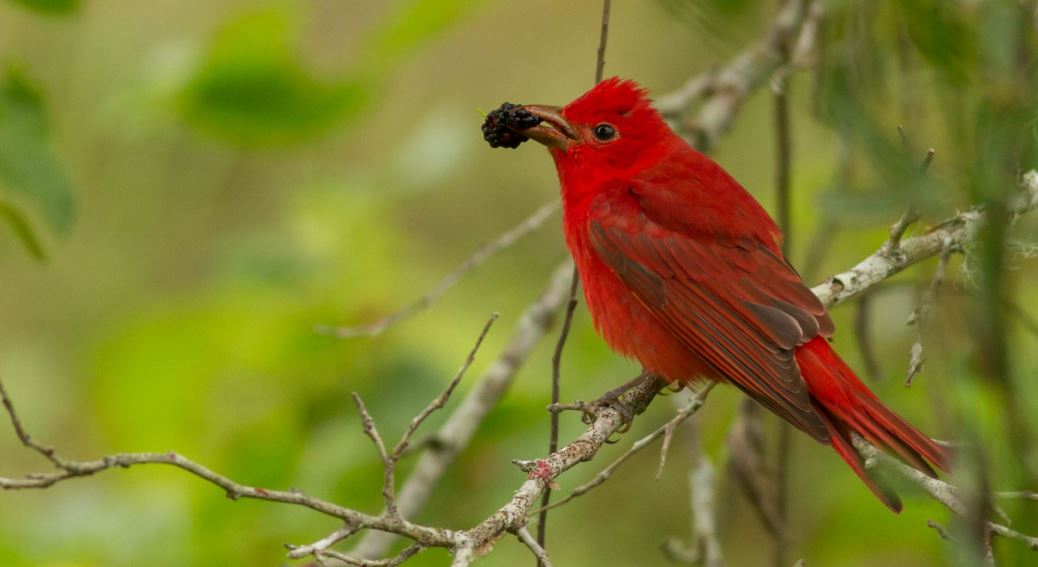 Millions of acres of pine woodlands once covered a large portion of the Midwest. But as humans logged these trees and suppressed natural fires, the woodlands gave way to dense forests with thick leaf litter and tree species that were less fire-resistant, leading to more intense and unpredictable fires as well as the loss of native bird habitats. 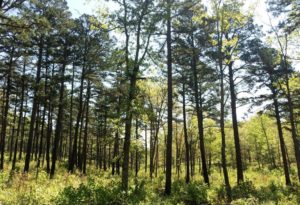 Now, researchers from the University of Missouri have shown in a new study that restoration of pine woodlands, through the combined use of intentional, managed fires and strategic thinning of tree density, has a strikingly beneficial effect on a diverse array of birds, some of which are facing sharp declines from human-driven impacts like climate change and habitat loss.

“Some people might hear the words ‘fire’ and ‘thinning’ and immediately imagine charred, flattened wastelands, but that isn’t the reality,” said Melissa Roach, now a researcher with the U.S. Geological Survey’s Bird Banding Lab who carried out the study while completing her master’s degree at MU. “Researchers are using these management techniques to restore beautiful open woodlands. In this study, we found that birds that have been struggling elsewhere are positively thriving in these restored areas.”

Frank Thompson, a wildlife biologist with the USDA‘s Forest Service and a cooperative professor at MU’s College of Agriculture, Food and Natural Resources with more than two decades of experience studying Midwestern bird populations, worked with Roach to survey 16 bird species in varying degrees of pine woodland density. These woodlands were located in parts of Missouri, Arkansas and Oklahoma in the Ozark-Ouachita Mountain Complex. Unlike most studies, Roach returned to the same locations three years in a row to monitor the bird populations over time.

The researchers found that the restored pine woodland created an open canopy and a lush ground layer, and was ideal for allowing a balance between species that prefer less tree density and canopy cover with those that prefer more. Several of the birds that were observed thriving in this habitat are in decline elsewhere, including the Red-headed Woodpecker and the Prairie Warbler. Only five species were impacted negatively by restoration, but these remain abundant in the untreated forests that still dominate the Midwest. 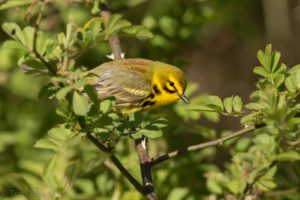 Researchers also isolated two management practices—controlled fires and tree thinning—to determine their individual effects on bird abundance. Eight of the 16 species of birds, including the Red-headed Woodpecker, were more numerous in areas with a history of fires, while four species benefited from thinning. Taken together, Thompson said the results suggest that restoring pine woodlands in conjunction with prescribed fires and tree thinning can create suitable habitats for a wide range of birds.

“Our study shows that restoration using fire and tree-thinning leaves large, widely-spaced trees for canopy-nesting species while allowing the development of grasses and shrubs for ground or shrub-nesting species,” Thompson said. “Given that we took care to survey birds with diverse breeding requirements, we can see that restored pine woodlands can support many different birds with different needs, whether they nest on the ground, in shrubs or high in the canopies of mature trees. This is a powerful testament to the need to continue restoring these woodlands, which are also rich in plant diversity and likely more sustainable in many cases than closed forests under climate change.”

The study, “Effects of pine-oak woodland restoration on breeding bird densities in the Ozark-Ouachita Interior Highlands,” was published in Forest Ecology and Management. Todd Jones-Farrand of the U.S. Fish and Wildlife Service also contributed to the study.

Funding was provided by the U.S. Department of Agriculture Forest Service Northern Research Station, Mark Twain National Forest, and Ouachita National Forest. The content is solely the responsibility of the authors and does not necessarily represent the official views of the funding agency.

All photos courtesy of the University of Missouri. Featured photo shows a Summer Tanager.