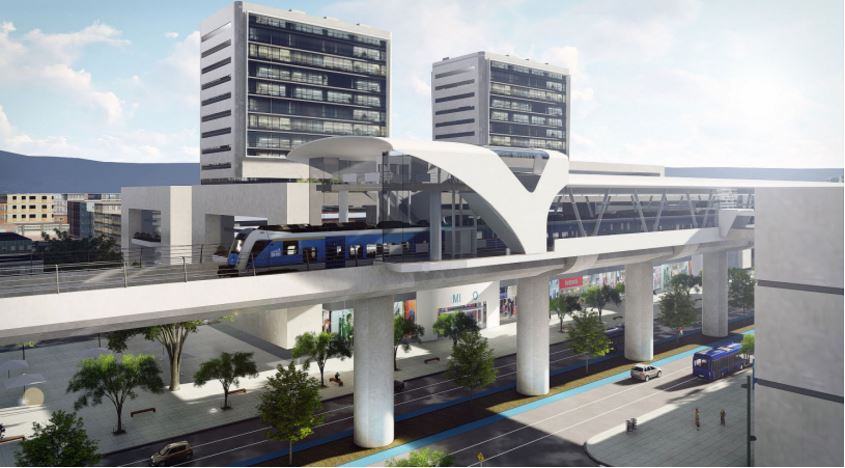 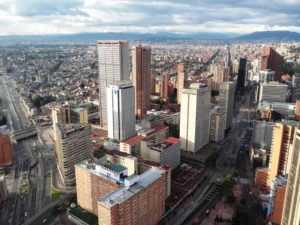 Photo of Bogotá by EEIM via Wikipedia.

The project is the result of several studies carried out by SYSTRA since the 1980s. Associated with a local partner company, Ingetec, both teams are extremely familiar with the challenge and the context, and should be well-prepared to deliver the city’s inaugural metro line by 2023.

Public transport in Bogotá currently comprises over 100 kilometers of bus rapid transit (BRT) lanes. Called TransMilenio, the BRT will be integrated with the Metro rail. With the city’s population expected to reach 8.3 million by 2020, it was crucial to invest in public transit infrastructure was essential to both resilience and sustainability.

The metro line will connect the densely populated southwest suburbs of the city with the center. The choice was therefore made to build the first elevated metro line on a U-shaped viaduct which will be 25 kilometers long and have 15 stations. The viaduct will allow for a quicker building schedule. The design must also take into account the highly seismic context. 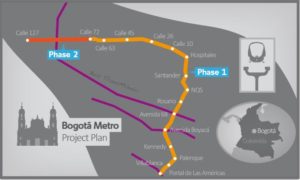 The line will provide inhabitants of the South-West of the city, districts where demand for mobility is the highest, direct access to the city center. The route mainly follows the Avenida Caracas, a major transport artery for the capital, which will be given an urban revaluation at the same time.

Initial studies for a metro line in Bogotá were carried out way back in the 1940s, and the most recent provided by SYSTRA and Ingetec in 2016. Now back on track, the commissioning of this first line is scheduled for 2022-2023. This new form of transport is becoming increasingly necessary: ridership on the new line is expected to be around 650,000 passengers per day, and it is set to become the backbone of a larger metro network.

The Colombian authorities hope that, by 2030, 80% of inhabitants will have easy access to city transport networks (BRT or Metro) less than one kilometre from their home.