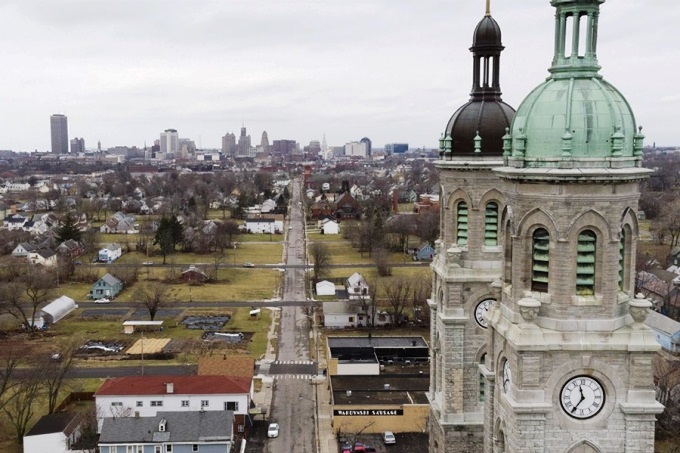 As solutions to global challenges from climate change to sustainable manufacturing increasingly play out at the local scale, architecture and planning schools are stepping up to the challenge – with powerful results for both their host cities and the faculty and students at work within them.

The event shone a spotlight on Buffalo, where UB’s School of Architecture and Planning has played a particularly significant role in the city’s post-industrial transition over the course of 50 years. The stage was set with a screening of “See It Through Buffalo,” the school’s cinematic tribute to the urban landscapes of Buffalo.

Exhibited as part of the 2018 Venice Architecture Biennale, the documentary offers a candid view of Buffalo’s transitioning neighborhoods, where faculty and students work to address issues such as energy-efficient design, economic development, food systems planning, and refugee resettlement.

Sponsored by the School of Architecture and Planning, the event featured a panel conversation and audience discussion to extend dialogue around the film and its representations of urban transformation.

It was the first of many forums the school will host to advance the conversation. Screenings of the film are being planned for several U.S. cities to explore innovative models of local action through architecture and planning education.

Ultimately, the dynamics of community engagement play out in different ways based on the intellectual leanings of the program and the urban context in which it operates, panelists agreed.

Perhaps most noteworthy about Buffalo’s work is its balance of comprehensive and smaller-scale interventions, noted the panel’s moderator, Cathleen McGuigan, editor-in-chief of Architectural Record. 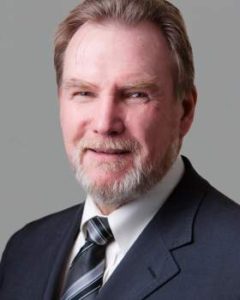 Representing UB on the panel was Robert Shibley, dean of the School of Architecture and Planning. He says the work has expanded organically and incrementally since the school was founded in 1969, at the peak of Buffalo’s decline.

Noting a scarcity of resources in its early years, Shibley said the school looked to the most affordable learning laboratory right outside its door. “We practiced as deans, faculty and students. An acupunctural piece here and there starts to de facto evolve into a broader understanding of place. It’s essentially a trust-building exercise.”

Of the school’s leadership on physical plans for Buffalo in the late 1990s and early 2000s, all of which are still guiding development in the city, Shibley says, “We didn’t start out with a master plan. We started with a series of urban design interventions [in downtown Buffalo]. In the process we found ourselves with almost a plan, so we finished it. And then added on to that a comprehensive plan, a waterfront plan, and a plan for Buffalo’s Olmsted parks.”

Diane Davis, a panelist and chair of Harvard GSD’s Department of Urban Planning and Design, says the politics of place is a critical factor in catalyzing – or fragmenting – university-community collaboration. “What is powerful about the Buffalo model was the way in which this was essentially a crisis moment, where the public sector, private sector and university were able to work together.”

And once the trust is built, “you can run right into the teeth of it when you need to,” says Shibley. “The community looks to us to tell the truth.”

Panelist Deborah Berke, dean of the Yale School of Architecture, says the negotiation of such community dynamics is a powerful learning experience for students.

Davis reinforced the value of the experience for students. “You become a better architect and designer by knowing one place well. It’s a special opportunity for students who care about changing the cities they live in to go to an institution that has that partnership.”

The three panelists also spoke to the increasingly interdisciplinary and systems-level approach to community-engaged teaching and research. A Yale studio on prison architecture engaged the local legal community; Harvard now offers master’s degree in design engineering, and the School of Architecture and Planning is at the helm of two new university-wide research centers that align with engineering to explore advanced manufacturing, and with public health to address global health disparities.

In Buffalo, the experiment continues. Shibley emphasized that the media hype around the recovery of Buffalo and other Rust Belt cities doesn’t tell the full story.

“Those writing the articles don’t live on Buffalo’s East Side,” he said. “Our city is a place of reflection… our insertions in it are metaphors for the kind of collaboration and conversation necessary to bring our city back, and for our students and the people they serve to understand where and how to go next.”

Featured photo by East-West Divides © John Paget shows the lack of development on the East Side, in the foreground, contrasting sharply with neighborhoods west of Main Street.

This article by Rachel Teaman originally appeared on the University At Buffalo website. Reprinted here with permission.