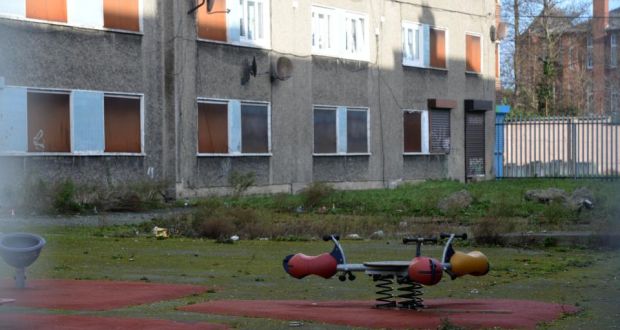 The regeneration of O’Devaney Gardens, one of Dublin, Ireland’s most problematic and contentious social housing estates, has been put back on the table under plans to develop public housing on council lands.

Dublin City Council’s head of housing Dick Brady and head of planning Jim Keogan confirmed that housing providers want to redevelop O’Devaney Gardens, as well as the lands at the former St Michael’s Estate in Inchicore.

O’Devaney Gardens, a 1950s flat complex close to the Phoenix Park in Dublin 7, was to have been redeveloped under a public-private partnership (PPP) between the council and developer Bernard McNamara but the deal collapsed in 2008.

The council drew up plans to redevelop it using public money and secured planning permission in 2011, but two years ago conceded it could not raise the necessary funds and shelved the project.

The council now intends to draw up specific proposals for the four sites. It proposes to create “lots” within each site which could allow several developments on a piece of land to happen at the same time. “In days gone by we had a single developer for an entire site and the whole thing collapsed. We can defend against the collapse of an entire site by creating lots,” he said.