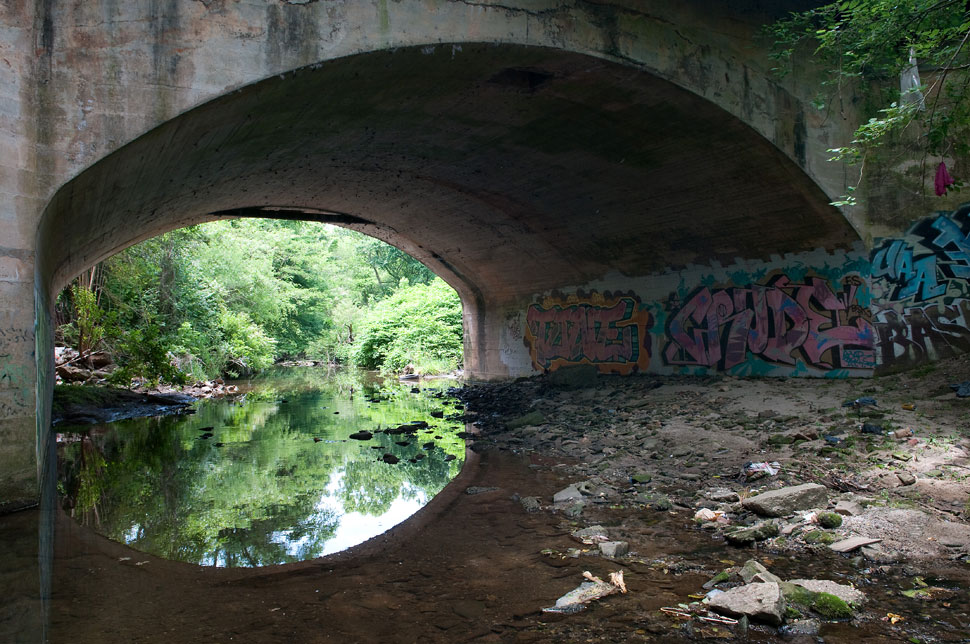 Over the decades, Proctor Creek, which starts in West Atlanta (Georgia) near I-20 and winds its way to the Chattahoochee River, has gone from a fishing and swimming hole to a polluted and largely neglected urban creek.

The surrounding neighborhoods that were once populated with residents and public housing complexes that helped support businesses along Donald Lee Hollowell Parkway are now in limbo.

Community members have been trying to bring the creek back to life. Since 2010, resident volunteers trained by the Chattahoochee Riverkeeper and West Atlanta Watershed Alliance have taken weekly samples to monitor e. coli levels along the creek and pinpoint sources of pollution.

And adjacent to where Proctor Creek meets Hollowell, inside a former gas station that’s been revamped as an office for planners and architects, the nonprofit Emerald Corridor Foundation is piecing together a grand plan that it says will help build on those efforts, add parks and a bike trail linking Atlanta to its waterfront, and spark redevelopment. The foundation’s board includes former Atlanta Braves player Mark Teixeira, finance and consulting executives, and a sustainability nonprofit leader.

Known as the Emerald Corridor, the project has been several quiet years in the making. The first phase calls for building a 7-mile creekside trail along the waterway, starting at Maddox Park at Hollowell and snaking its way through northwest Atlanta neighborhoods, until the stream ends at the Chattahoochee.

The estimated $20 million project would bring new life to approximately 400 acres of greenspace along the path. New parks would be donated to the city once complete.