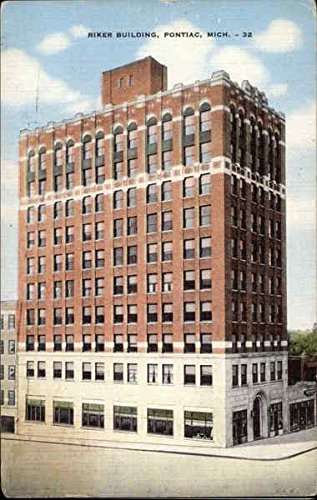 Karmanos was feted at an open house for his Maddog Technology, a high-tech incubator that has brought five high-tech start-ups to Pontiac.

Officials and software engineers celebrated their move into renovated, lofted quarters within the 10-story Riker Building, built in 1928.

City officials said the building was purchased by Tim Shepard last year for $830,000, a sign that it badly needed extensive fix-ups.

“We’re very excited about having Maddog here, and we hope this will lead a movement of more high-tech companies to Pontiac,” Mayor Deirdre Waterman said after the event. Last year when Maddog Technology debuted, Karmanos said that his arrival could unleash in Pontiac “the same sort of explosive growth” as occurred in downtown Detroit when Karmanos and other info-tech companies began to arrive there two decades ago.

Renovations are still underway at the Riker Building as its owner continues the build-out while new and old tenants settle into the 10-story, nearly 90-year-old building.

The downtown building is about 50 percent leased currently, up 30 percent from when Shepard first purchased the property in early 2016. The third, fourth, fifth, seventh, eighth, ninth and 10th floors together hold about 20 tenants, including MadDog Technology.