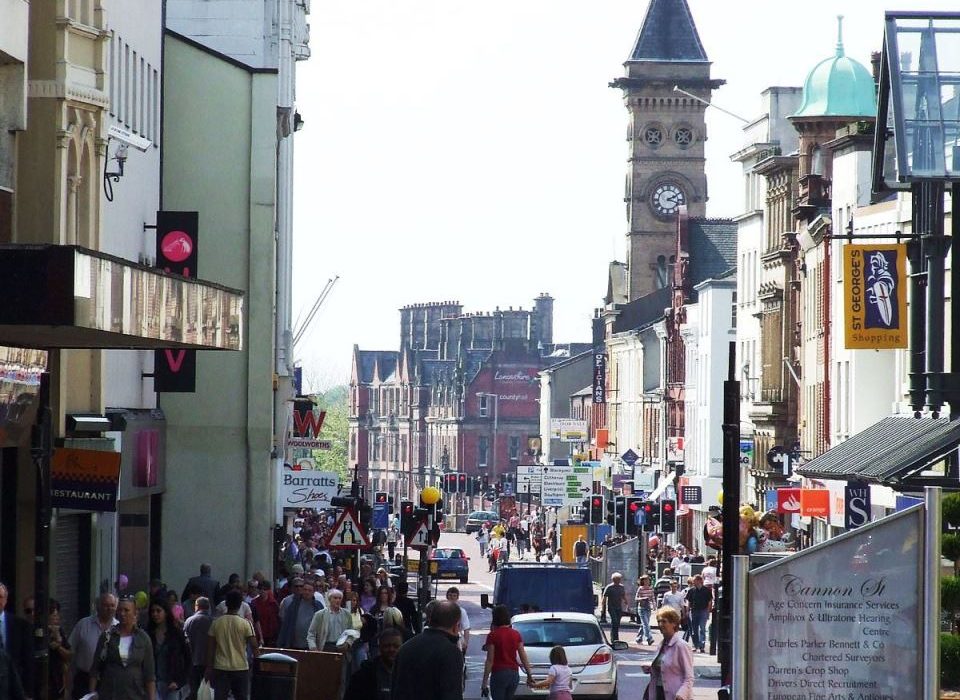 The city of Preston (population: 114,000), in County Lancashire of northwest England is looking to Cleveland, Ohio for help in building a revitalized, more-inclusive economy. Specifically, they want to set up worker co-operatives to supply local institutions – such as hospitals, councils and universities – in order to keep profit localized.

Redirecting local spending for community wealth through the use of worker co-operatives has now become known as “the Cleveland model” – and cities around the world suffering the negative effects of globalization are looking to it to help them recover.

This grassroots economic development approach originated in the Basque region of Spain, where the Mondragon Corporation, a federation of worker co-operatives that now employs more than 74,000 people in finance, retail and other sectors, was set up in 1956, based around the ideals of social responsibility and participation. It was founded in the town of Mondragoe in 1956 by graduates of a local technical college. Its first product was paraffin heaters. It is the tenth-largest Spanish company in terms of asset turnover, and the leading business group in the Basque Country. At the end of 2015, it employed 74,335 people in 257 companies and organizations in four areas of activity: finance, industry, retail and knowledge.

Ted Howard and his organisation, the Democracy Collaborative, applied the idea in Cleveland by establishing the worker-owned Evergreen Cooperatives in 2008. An industrial-scale laundry and energy business were set up as co-operatives to serve the biggest spenders in the city. Green City Growers, a co-operative urban farm, followed in 2012. The Democracy Collaborative works to carry out a vision of a new economic system where shared ownership and control creates more equitable and inclusive outcomes, fosters ecological sustainability, and promotes flourishing democratic and community life.

Launched in 2008 by a working group of Cleveland-based institutions (including the Cleveland Foundation, the Cleveland Clinic, University Hospitals, Case Western Reserve University, and the municipal government), the Evergreen Cooperative Initiative is working to create living-wage jobs in six low-income neighborhoods, with a median household income below $18,500, in an area known as Greater University Circle.

The initiative was designed to create an economic breakthrough in Cleveland. Rather than a trickle-down strategy, it focuses on economic inclusion and building a local economy from the ground up. Rather than offering public subsidy to induce corporations to bring what are often low-wage jobs into the city, the Evergreen strategy calls for catalyzing new businesses, owned by their employees. Rather than concentrate on workforce training for employment opportunities that are largely unavailable to low-skill and low-income workers, the Evergreen Initiative first creates the jobs, and then recruits and trains local residents to fill them.

The Evergreen Cooperatives have drawn national and even global media attention as well as wide interest from economic development professionals. “These are not your traditional small-scale co-ops,” wrote The Nation, noting the initiative’s large ambitions, and the national buzz it has created for the Cleveland model. Fast Company magazine noted the collective “is finding ways to make the city cleaner and more wealthy, in ways that will create permanent change for the city’s poorest residents.”

The Evergreen Cooperative Initiative remains an important model for healing neglected post-industrial economies in the American heartland. But it’s also part of a larger experiment in alternative wealth-building and wealth-sharing models being considered by stakeholders in the Greater University Circle Initiative. Says the Cleveland Foundation’s President/CEO and Evergreen Board Chairman, Ronn Richard: “Our goal is equitable wealth creation at scale.”

Julian Manley, a research fellow at the University of Central Lancashire, is now in the process of establishing the Preston Co-operative Network. He’s working on a curriculum that educates undergraduates about co-operatives and connects them to Northern Lights, the university business hub, where they can get support setting up their own. “We have growing interest from the university in supporting this network through educating students to have skills to fill gaps,” Manley says.

The Preston Co-operative Network already includes Link, the UK’s first educational psychologists’ co-operative and the beginnings of a local food co-op. Kay Johnson, director of the Lancashire and Region Dietary and Education Resource, is piloting an open food network to connect growers directly with local people in disadvantaged areas, where there is often little access to fresh produce.

“The co-op model means that as the the project scales we can create jobs at the hubs,” Johnson says. She has joined forces with Neil Hickson, who runs a community farm in nearby Burscough. “People in cities are the hardest ones to reach,” Hickson says. “For us, taking a vegetable box to central Preston might not be worth it, but if there was a food hub it might be worthwhile – not profitable, but economically viable.”

By creating an education system that promotes co-operatives and networks to support them, Preston, like Cleveland, is aiming for systemic change. While they realise this may take decades, there are already some signs it is paying off. Preston had the joint-second biggest improvement in its position on the multiple deprivation index between 2010 and 2015.

And in 2016 it was voted the best city in north-west England in which to live and work.

See full article by Hazel Sheffield in The Guardian.