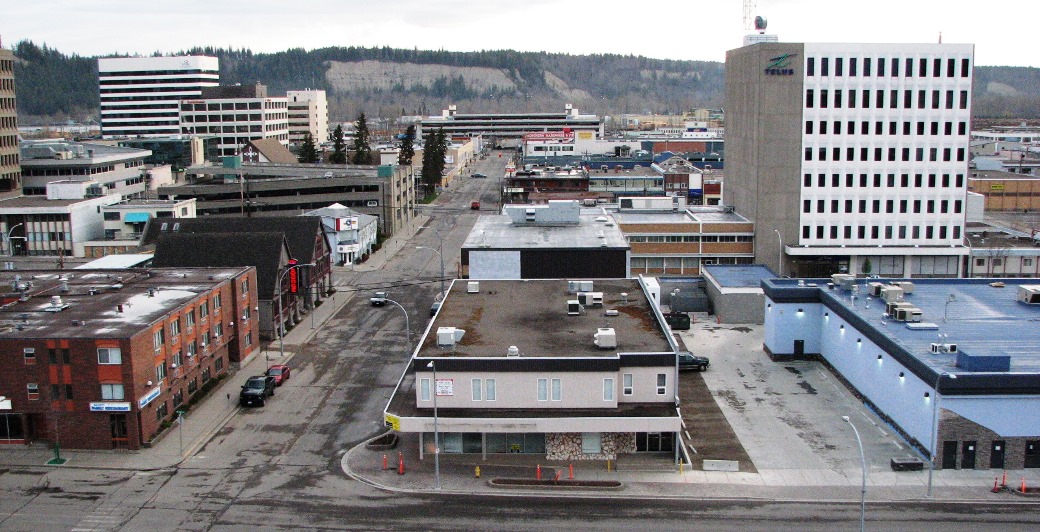 The changes to the partnering agreement between the City and Northern Development Initiative Trust (NDIT) will improve the existing program by providing further enticement for developers to invest in downtown housing, which will serve to attract residents to the city centre to live. 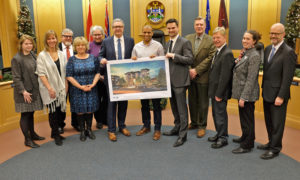 Northern Development’s board of directors approved the allocation of $1.8 million and amended agreement in October in support of the development of residential housing downtown, a City priority for advancement of the city center.

With Council’s approval, the amended agreement now increases the total funding available, via a $10,000 per door grant, in order to provide financial support towards the development of targeted projects such as affordable housing, seniors and student housing, mixed-use (residential and retail), market rental housing, and market condominiums.

In total, the program will provide just over $2.5 Million in funding over six years. Full utilization of the program would result in about 250 new residential units in downtown Prince George. 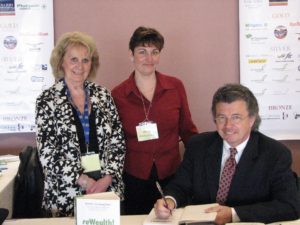 REVITALIZATION publisher Storm Cunningham signing copies of his 2008 book, Rewealth (McGraw-Hill) in Prince George, BC, where he was keynoting the annual conference of the British Columbia Economic Development Association (BCEDA).

“The Downtown Incentives Program is a critical tool for the City of Prince George’s on-going efforts to revitalize downtown, efforts that are now starting to really pay off,” says Mayor Lyn Hall.

“NDIT’s role in this has been vital and they have been a great partner in providing this innovative program. On behalf of Council, I would like to thank NDIT for continuing to help the City to accomplish big things for Prince George and its residents,” he continued.

One of the first developers to be eligible to benefit from the enhanced Incentives Program will be A&T Developments. At the meeting, the Council also approved the partnering agreement with that company, which allows its proposed four-phase condo development to be built downtown next to City Hall.

“This enhanced partnership with the City of Prince George is a great example of what the Trust was created to do. Supporting community-led initiatives that make a real difference is at the foundation of Northern Development’s mandate,” says Evan Saugstad, Northern Development board chair. “We’ve already seen success with the program and we’re excited for the new opportunities that it can result in for downtown Prince George.”

Three projects have already benefited from the Downtown Incentives Program:

Last month, construction began on a new, nine-unit condo development at 1694 7th Avenue downtown, which is also eligible for the City’s Downtown Incentives Program and will bring more multi-family housing to the city centre.

Developers who are interested in the Downtown Incentives Program can visit the City website for a program overview and eligibility requirements. Investors can also call the Economic Development department at (250)-561-7633 or email them at ecdev@princegeorge.ca.