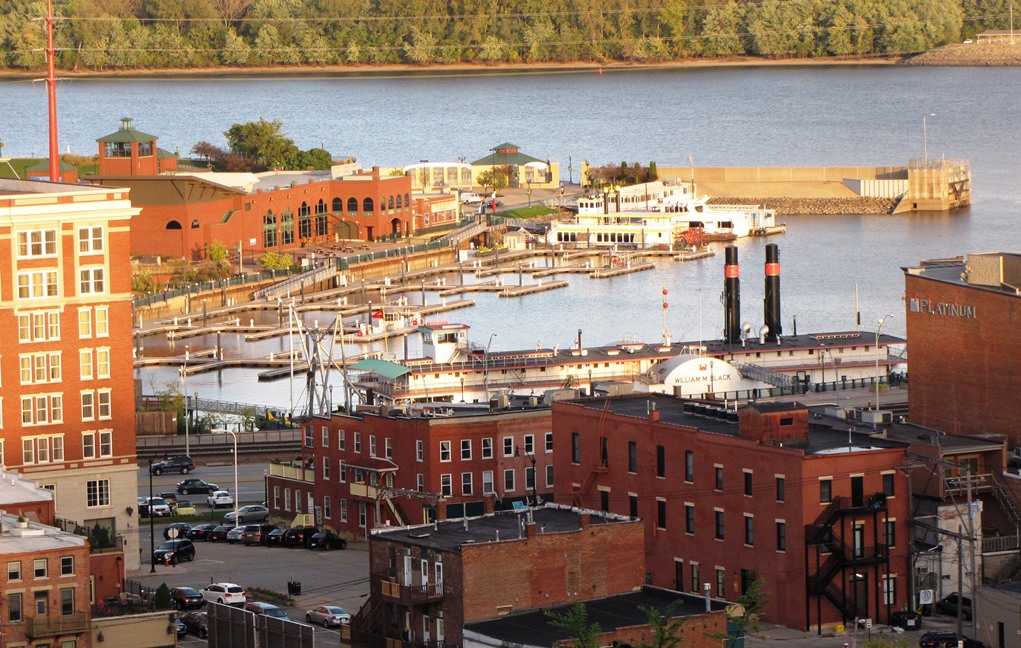 Back in 2014, I (Storm Cunningham) keynoted Dubuque, Iowa‘s annual Growing Sustainable Communities Conference, which attracts many hundreds of attendees from around the Midwest. 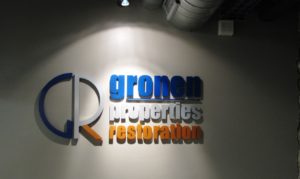 One of the highlights of my visit was being taken on a tour by city leaders of their dramatically revitalizing Millwork District. There, I met John Gronen, the visionary private redeveloper who is driving much of that work.

Many of the businesses along this stretch of Main Street had been vacant for nearly 20 years while the upper residential space had gone unused for as long as 40 years. Of the six buildings in the project, three were considered structurally unsound, and two were just one day away from a demolition permit. 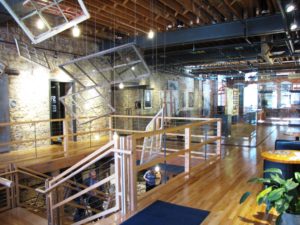 One of Gronen’s many beautiful restoration / reuse projects in Dubuque.

The few businesses that were located in this area had very little economic success the past three decades.

This project not only restored the block’s storefronts to historic accuracy, it helped spark an economic rehabilitation in the area. Upper Main Street is now home to several new retail/hospitality businesses and 30 new apartment units.

It has become a safe and walkable neighborhood with access to services and transportation. More importantly, it has been renewed with sustainable and environmentally friendly materials.

Here’s an excerpt from an article titled “How Iowa towns can revitalize vacant buildings” by Matthew Patane in The Gazette, which features Dubuque and Gronen:

Doors and window sashes are no longer made in Dubuque’s Historic Millwork District. Even so, symbols that it was once a hub of industrial activity are everywhere as private developers and the city turn the 17-square-block area into a place for restaurants, offices and apartments. 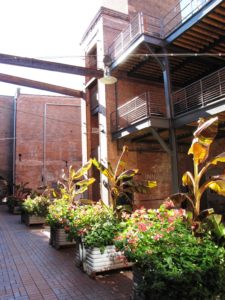 “It was a perfectly designed and planned project from an urban design standpoint as a live-work-play community, but it was done well over 100 years ago for factories. But it couldn’t have been more perfect if you designed it from scratch. It just needed vision and planning and people willing to take the risk,” said John Gronen, president of Gronen Properties Restoration, whose company has helped lead the revitalization of the district and its one million square feet of vacant, former factory space.

Throughout the district, old mixes with new. Rail tracks are embedded in the streets. Elevated skywalks previously used by mill workers now house grills and patio furniture for apartments.

The last two industry players in the district left a few years ago, but signs still hang for one, Jeld-Wen Inc., on a former lumber storage building.

Some buildings have been restored, such as the large CARADCO complex — it stands for Carr Adams and Collier Co. — which Gronen’s company turned from a factory to a mix of small businesses and apartments. Others wait their turn, including the former lumber storage building, now eyed as a future corporate headquarters for an undisclosed company.

“We still have a lot of work to do. We tell people the planners said that, for our Millwork District, it’s a 15- to 20-year project. It’s a marathon, not a sprint,” Gronen said.

All photos are by Storm Cunningham.

See full article by Matthew Patane in The Gazette.