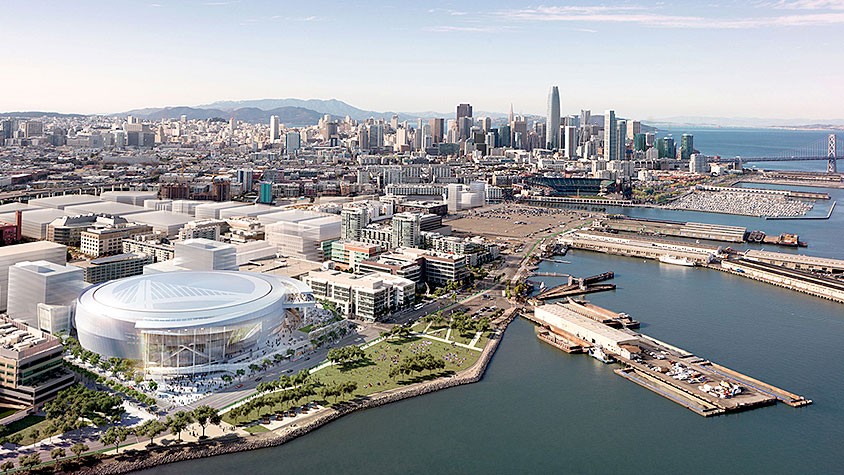 When thousands of basketball fans fill Chase Center in 2019, they’ll witness more than the opening of a new arena and the return of the Golden State Warriors to San Francisco, California.

They’ll mark the rebirth of Mission Bay, a historic part of the city that sat empty and nearly forgotten for much of that half-century.

“It’s going to be a real moment of discovery for the whole city, a new neighborhood that everyone can enjoy,” says Rick Welts, President of GSW Arena LLC. GSW announced Thursday that its new arena, built entirely with private funds on land purchased by the company, will be named Chase Center in partnership with JPMorgan Chase.

The neighborhood is coming to life, Lok says, in part because of the influx of technology workers who regularly visit each other’s offices and stage day and evening networking events.

But the neighborhood still feels like a work in progress.

Welts says the new Chase Center, with the surrounding office and retail and open space and year-round programming of sports, music, family entertainment and corporate events, is the culmination of that work: “The individual pieces have been planned, but until you get a critical mass of them you don’t really have a great neighborhood. This is going to be the place-making event for Mission Bay.”