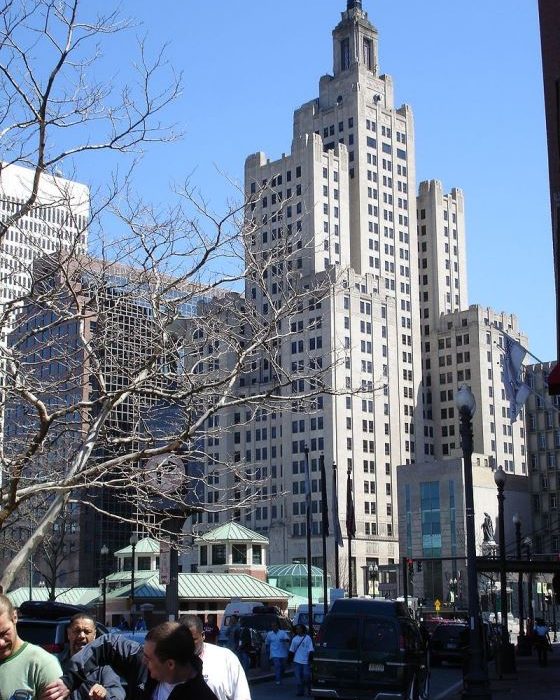 The tallest building in Providence, Rhode Island is known as the “Superman Building“.

It was formerly (and formally) called the Bank of America Building, and before that the Industrial Trust Tower. It’s 428 feet (130 meters) tall, comprising 26 floors.

On May 5, 2016, over 150 civic, business and political leaders gathered in the majestic grand banking hall of the vacant Superman Building to endorse the use of an as-yet-unspecified public subsidy to revitalize the iconic structure in downtown Providence.

Boosters said remaking the Jazz Age-era building with a mix of uses emphasizing residential would create more than 1,000 jobs, help fill the demand for more downtown housing, and offer other economic benefits.

Other worry that a public subsidy might not be appropriate for a private project. They also worry that the subsidy wouldn’t be returned to city coffers if a non-tax-paying tenant—such as a university—moves in.

Photo of Superman Building by Julie Kertesz via Wikipedia Commons