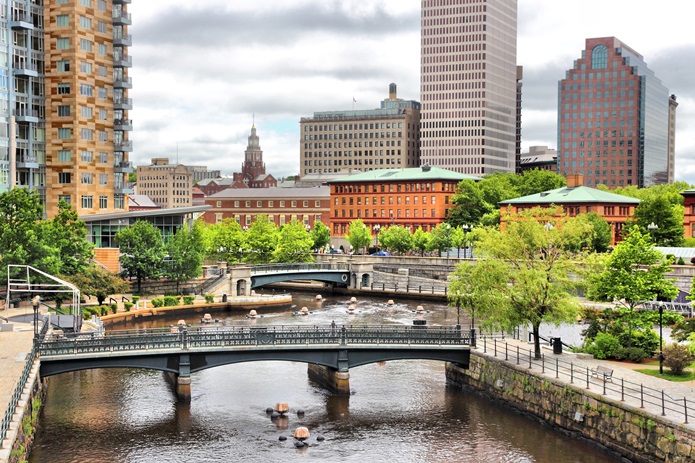 Providence, Rhode Island has been more active than most American cities in rectifying the incompetent, insensitive urban planning that undermined so many American cities after World War II. The highway planners were especially good at inflicting the kind of damage on America that Hitler could only have dreamed of during the war.

In the 1990s, it uncovered a major downtown river that had been buried by earlier planners. It’s now the site of the popular art piece and major tourist attraction, WaterFire.

More recently, the city and state moved a freeway one half-mile down the road in order to free up land contiguous to downtown for redevelopment. On October 3, 2016, city planners unveiled a slimmed-down vision for Routes 6 and 10 (the “6-10 Connector”) designed to free-up 55 acres of land for redevelopment, and to reconnect isolated urban neighborhoods, potentially at a lower cost than the existing highway design.

Providence’s downtown is also flourishing, thanks in large part to local developers who have renovated and revitalized the many impressive 20th century buildings that were somehow spared from the planning madness ironically called “urban renewal”.

The 6-10 Connector transformation could be the next big initiative to strengthen Providence as a city. The freeway, like many of its contemporaries around the country, is at the end of its useful life and requires extensive and expensive reconstruction.

More and more cities and states around the country see the need for urban freeway reconstruction as an opportunity to reconnect the fabric of the cities that were fragmented by them. With these opportunities come two choices: remove the freeway entirely, or upgrade it in a way that mitigates their negative impact.

Photo of Providence via Adobe Stock.