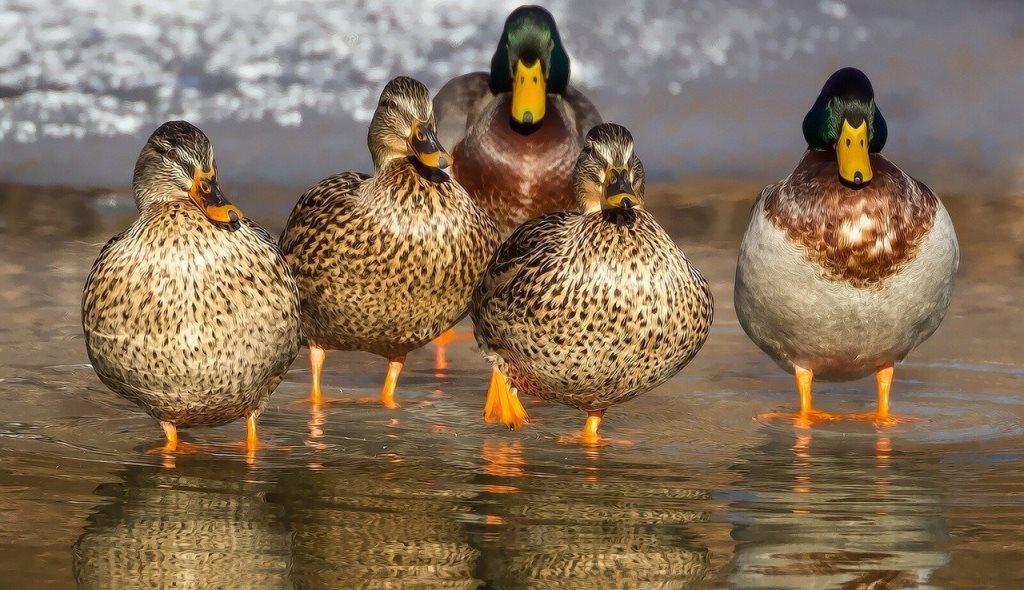 On October 30, 2020 the America’s Conservation Enhancement Act (ACE) was into law. This bipartisan bill, which will help restore important wetland habitat nationwide, was passed by the United States House and Senate with unanimous support in both chambers.

As documented in The Restoration Economy, environmental restoration enjoys a level of nonpartisan support rarely seen in sustainability and conservation efforts.

“In a year largely defined by doubt and uncertainty, we can also remember 2020 as a banner year for the conservation community,” said Ducks Unlimited (DU) CEO Adam Putnam.

“Coming on the heels of the Great American Outdoors Act, the President’s signature on the ACE Act today represents yet another major victory for conservation achieved by this Congress and this Administration. After an eight-year hiatus, we are especially thrilled to see NAWCA authorized for the first time since 2012. We thank our friends in Congress from both sides of the aisle for coming together and working with DU and our partners to make this critical conservation legislation a top priority for the betterment of waterfowl habitat across the nation,” he added.

NAWCA is a voluntary matching grant program that leverages non-federal and federal funds for wetland restoration. Since enactment in 1989, NAWCA has conserved more than 30 million acres and created an average of 7,500 new jobs annually. Every dollar spent by the federal government, on average, receives a $3 match from program partners like Ducks Unlimited.

NAWCA is the nation’s most successful wetlands restoration and conservation program. Congressional reauthorization for the program was last passed in 2006 and expired in 2012. The ACE Act reauthorizes NAWCA at $60 million annually until 2025.

The ACE Act could not have been passed by both chambers of Congress without steadfast support from members of the House and Senate on both sides of the aisle, such as those on the Migratory Bird Conservation Commission: Sen. Martin Heinrich (NM), Sen. John Boozman (AR), Rep. Mike Thompson (CA), and Rep. Rob Wittman (VA).

“The ACE Act is an important step towards addressing the wildlife crisis. So many of our wildlife species are imperiled—there has been a net loss of nearly three billion birds since 1970—and the impact of climate change on wildlife and habitat is only becoming more severe,” said Sen. Heinrich.

“By reauthorizing and increasing funding for NAWCA and creating or extending other conservation programs, the ACE Act will help protect our wildlife and ecosystems. I want to thank the wildlife and conservation groups and advocates, like Ducks Unlimited, who helped generate the momentum to advance this legislation. Together, we are working to ensure our kids and grandkids will be able to hunt, fish, and enjoy our nation’s wildlife for generations to come,” he continued.

In addition to NAWCA reauthorization, the ACE Act also creates or reauthorizes other conservation programs that support waterfowl habitat in important wildlife ecosystems across the country.

Rep. Wittman said, “The ACE Act is a terrific advancement to protect and conserve critical migratory bird habitat across America and continue efforts to clean up the Chesapeake Bay. As a passionate waterfowl hunter I am grateful for DU and the continuing legacy of sportsmen lead conservation in our great country and the strides we’ve made in preserving wetlands. The Chesapeake Bay is a national treasure, and the ACE Act provides additional resources and extends conservation programs that preserve wetlands, reduce pollution, and increase recreational opportunities for generations to come.

The Chesapeake WILD Act will create a grant program within the U.S. Fish and Wildlife Service to support habitat restoration in the Chesapeake Bay region. In addition, the Secretary of Interior must work with federal, state and local agencies and organizations to identify, prioritize and implement restoration activities within the watershed.

The National Fish and Wildlife Foundation (NFWF) is also reauthorized under the ACE Act. NFWF leverages public funds to raise private dollars that help sustain and restore important wildlife habitat across the nation, including more than 18,600 projects since its creation in 1984.

Photo of mallards by Patou Ricard from Pixabay.