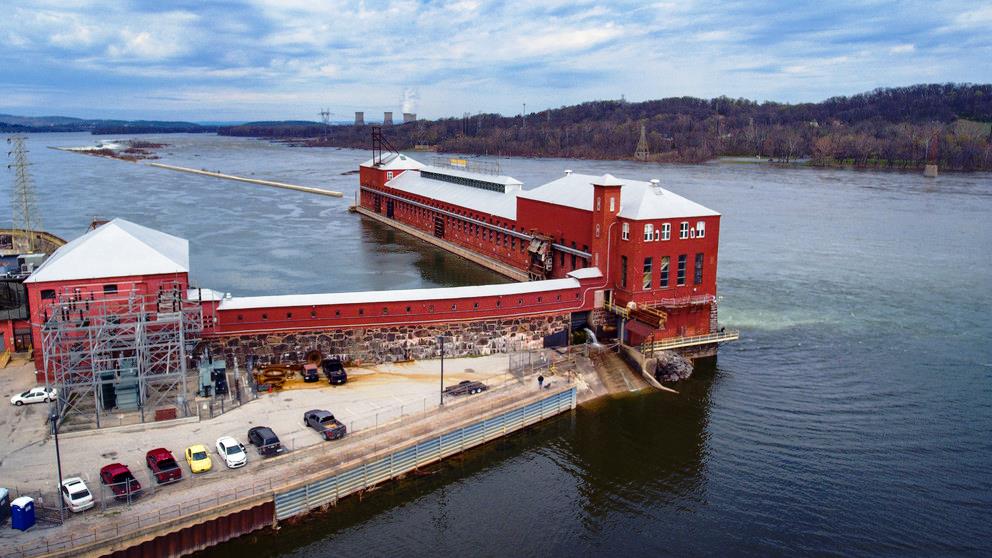 The only way to fully restore life to a dammed river is to remove the dam. That much is obvious.

But what does one do when local communities still rely on power from a dam that has been blocking fish migration for over a century? You invent a restorative new technology to mitigate the problem.

The addition of a more nature-like fish passage to a Susquehanna River dam in Pennsylvania should allow migrating fish to more easily reach spawning grounds, according to Penn State researchers.

“The basic idea is to open up part of the dam and then let fishes go through,” said Xiaofeng Liu, assistant professor of civil engineering and lead principal investigator of the project. “It sounds so simple, but it’s not. Fishes are very picky in terms of the flow speed, turbulence, fluctuation and even temperature and water quality. All of these things need to come together.”

Migratory fish trekking along the Susquehanna River from the Chesapeake Bay during spawning season used to be so abundant, they created a thriving commercial fishing industry. They were also a primary food source for Native Americans and helped early European settlers fight off starvation.

When the York Haven Dam was built in 1904, however—and three additional dams soon after—they shut off the river course, putting the fishing industry — and the future of the fish themselves — at risk of extinction.

Though some of the fish adapted and found alternative locations to lay their eggs, their populations have still plummeted. Before the dam was built and humans polluted the river, tens of millions of fish swam against the current every year during the spring fish run.

In fact, in the spring of 1827, 15 million fish were caught at the river mouth, so many that some were turned into fertilizer. However, by the 1980s, biologists estimated the population of remaining American shad, once the Susquehanna’s premier fish, to be in the thousands along the river and in the bay.

In the past several decades, efforts have been made to gradually reopen the river and its tributaries to migratory fish. York Haven now uses a fish ladder, which enables fish to pass over the dam by swimming and leaping up a series of short steps, while the other three dams — Safe Harbor, Holtwood and Conowingo — all use fish lifts, which function like an elevator, to transport the fish to the other side of the dam.

Despite these efforts, the ladders and lifts show only limited success since fish still have to find their way through passages or into an elevator chamber and then pass through all four dams. Often fish become confused and get lost along the way. To improve the situation, Liu and his colleagues are developing a “nature-like” fish passage for York Haven, a design they hope to eventually use at other locations as well.

To create the passage, part of the dam will be removed and replaced by an in-stream structure that will mimic what the fish encounter as they migrate in nature. Since hydraulic conditions are complex at these sites, both computational modeling and physical modeling will be used to decrease the uncertainties that can occur under different flow conditions.

The team will utilize a 3D high-resolution computational model to look at turbulent flow and a second model to track fish movement. They will couple those results with a physical, scaled-down model that will allow them to see ideal flow characteristics and how the targeted fish species, the American shad and eel, will respond to these conditions.

“Around here, in the mountainous areas, these streams and creeks have a lot of boulders and rocks and fallen trees in the channel,” Liu said. “That’s the natural status of the channel and the fish have biologically adapted to that through evolution.”

To simulate the natural debris in the area, the researchers will create a model that includes more than 600 4-to-6-foot boulders, as well as varying flow conditions for different fish’s needs.

“Basically, it’s like a ramp with stops for the fish to climb up,” Liu said. “But the ramp might be too long or the elevation is too tall for certain fish, so we’re going to provide them with resting areas so they can swim through the rapids between boulders and when they are tired, they can rest in the wake area behind the boulders.”

Once the successful model has been developed, the team will turn it over to Cube Hydro Partners, LLC, the owner and operator of the York Haven hydroelectric facility and funding partner on the project.

“It is important to Cube Hydro to ensure that our projects are designed and operated in an environmentally sound and sustainable way,” said Rick Cunningham, Cube Hydro’s Director of Marketing and Sales. “Partnerships with leading institutions reinforce our philosophy and provide real-world applications for the next generation of hydropower industry leaders.”

The company hopes the project will provide critical information and quantitative data that will improve their design and can be used by others.

“This is an exciting opportunity for us to team with an energy company on an important environmental issue,” said co-principal investigator Peggy Johnson, dean of the Schreyer Honors College and professor of civil engineering. “Creating a functioning and sustainable fish passage requires interdisciplinary research and seeks to restore a healthy environment in the river.”