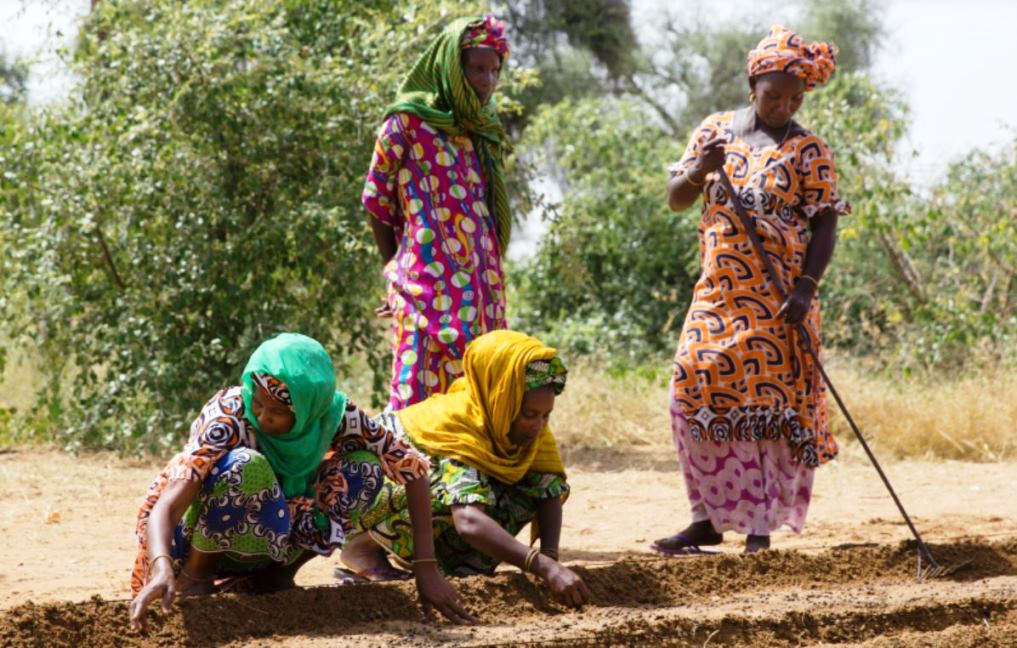 On September 22, 2019—the eve of the UN Climate Action Summit—global leaders from government, business and civil society are issuing an urgent call to action to grow an 8000-kilometer natural wonder of the world across the entire width of the African continent.

The Great Green Wall, an African-led movement that you’ve read about before here in REVITALIZATION, aims to, at once, drive forward climate-smart solutions and bring back life to degraded landscapes in order to provide food security, jobs and thriving new economies for the communities living in Africa’s Sahel region. An estimated 15% of the Wall is already underway.

Juergen Voegele, Global Director of Climate Change at the World Bank Group said, “We are pleased to support the Great Green Wall, a tremendous example of how we can fight poverty by revitalizing degraded land through climate-smart practices.” 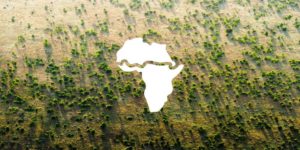 The intended path of the Great Green Wall.

Participants called on governments, civil society and business to join a growing global movement to make the Great Green Wall a reality by 2030.

Jim Pisani, Global Brand President of Timberland, announced the firm’s new commitment to the Great Green Wall initiative, as an example of how businesses are investing in this global movement. This was reported in more detail here in the previous issue of REVITALIZATION.

Pisani said, “As a brand pursuing a better future for our planet, Timberland is proud to join the Great Green Wall movement, which we see as crucial in supporting communities on the very frontline of the global climate emergency and building a more sustainable and equitable future.”

Fernando Meirelles, Academy Nominated Director of City of God, and Executive Producer of The Great Green Wall feature documentary, and Hamzat Lawal, the Nigerian youth activist, were among the speakers.

The event also featured musical performances by Songhoy Blues, Waje and Grammy-winning artist Ricky Kej as well as clips from the upcoming feature documentary titled, The Great Green Wall (directed by Jared P. Scott) and produced by MAKE Waves in association with the United Nations Convention to Combat Desertification (UNCCD). The Great Green Wall feature documentary premiered at Giornate degli Autori, the Venice Film Festival, in August of 2019. It will premiere theatrically worldwide in the Spring of 2020, following a number of major film festival appearances.

Ibrahim Thiaw, Executive Secretary of the UNCCD convenedg the event, which was jointly organized by the UNCCD and Connect4Climate – World Bank Groupwhich was represented at the event by Juergen Voegele, Global Director of the World Bank’s Climate Change Group. Thiaw said, “The Great Green Wall is a truly inspirational initiative, which is growing urgent solutions in the face of the 21st Century’s greatest challenges.”

The UNCCD is an international agreement on good land stewardship. It helps people, communities and countries to create wealth, grow economies and secure enough food and water and energy, by ensuring land users have an enabling environment for sustainable land management. Through partnerships, the Convention’s 197 Parties set up robust systems to manage drought promptly and effectively. Good land stewardship based on a sound policy and science helps integrate and accelerate the achievement of the Sustainable Development Goals, builds resilience to climate change and prevents biodiversity loss.

The Sahel—where the Great Green Wall is taking root—is a political hotspot. Nearly 80% of the land in this region is degraded, 33 million people are currently food insecure and temperatures are expected by rise by as much as 3-5 degrees by 2050. The most pressing challenges that humanity will face this century are already evident here, from food and water shortages, to climate change, drought, migration, and international terrorism.

The Great Green Wall is often cast as a green belt stretching across the entire width of Africa from Dakar to Djibouti. But it is much, much more. It is a people-centered movement to restore the health of the Sahel’s ecosystem and natural resources in order to build the resilience to drought of the communities living here, enhance their food security and empower them to generate new and sustainable income streams.

The Great Green Wall was launched a decade ago by the African Union, with the support of many partners that include UNCCD, the World Bank, the Global Environment Facility and the European Commission.

Globally, 3 out of every 4 hectares of land have already been transformed from their natural state, putting nearly 1 million species on the path to extinction. Partners will underscore the global nature of the Wall as a symbol for humanity overcoming its greatest threat – our rapidly degrading natural world.

Growing the Great Green Wall shows that if we work with nature, even in challenging places such as the Sahel, we can overcome adversity together, and build a better world for generations to come.