On July 11, 2018, San Diego, California Mayor Kevin L. Faulconer announced that a coalition of private owners and public agencies that control property along the 17-mile San Diego River have joined his restoration and trash cleanup efforts for one of the region’s most precious natural resources.

The coalition builds on the mayor’s aggressive Clean SD initiative to remove trash and debris from public areas citywide. So far, the cleanup efforts have resulted in over 130 tons of trash removed from the riverbed since September of 2017. 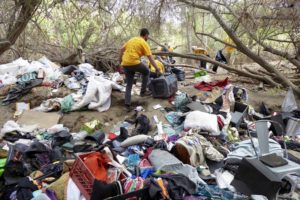 “We’re making tremendous progress toward restoring the San Diego River to its natural beauty,” Mayor Faulconer said. “Now we’re taking it to the next level by partnering with private property owners and other public agencies that are willing to do their part to clean up the riverbed so it can be enjoyed by San Diegans for generations to come. The preservation of the San Diego River must be a shared responsibility by everyone along the river and only by working together will we get the job done.”

The City of San Diego owns about one-third of the property along the river. The remaining two-thirds is split between private property owners, various public agencies and the San Diego River Park Foundation (SDRPF).

In April of 2018, Faulconer announced that crews had cleared all of the City-owned property along the river at least once and would be working proactively with other adjacent property owners to clean up the remaining portions of the riverbed.

The river restoration/cleanup coalition partners include:

“The ongoing cleanup, enforcement and cooperation is helping return the river to the way I remember it as a child,” Councilmember Sherman said. “With continued cooperation and the implementation of the San Diego River Park Master Plan, we can turn the river into an amenity instead of an afterthought.”

The City has offered one-time cleanup assistance to private property owners and several have accepted. After the one-time cleanup, it will be the owners’ responsibility to maintain the site. Those who do not take advantage of the offer are required to clean it themselves or they will be cited, which could result in fines ranging from $100 to $1,000 per day. 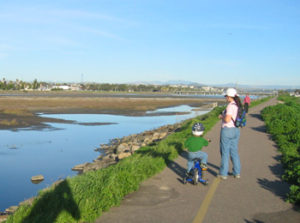 The City has removed over 130 tons of trash from the riverbed through a combination of City cleanups and one-time abatements on private properties. As part of the “Clean SD” initiative, the City provided $25,000 to the SDRPF to conduct surveys and cleanups along the river. Those cleanups have removed an additional 27 tons of trash, for a combined total of over 157 tons.

“It is exciting to see a broad coalition coming together for a trash-free river and a healthy community,” said Rob Hutsel, President and CEO of the San Diego River Park Foundation. “With Mayor Faulconer’s leadership, the San Diego River Park Foundation, public agencies and private landowners are seeing results. After years of treading water, finally, our goal is within reach. Working together the river has a bright future.”

Crews have already removed over 1,300 tons of debris, including:

Other “Clean SD” efforts include: