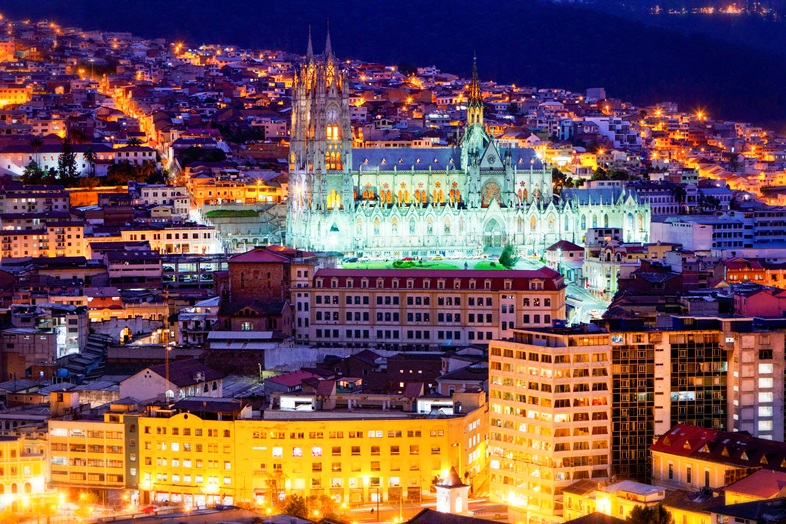 Quito, Ecuador sits on the slopes of the Andes mountains, and has one of the largest, best-preserved historic districts in South America.

It was the first to be declared a UNESCO World Cultural Heritage Site, and it’s enjoyed by some 200,000 tourists and locals who walk through the Historic Center daily.

This vast Historic District covers 360-acres (145-hectares), so restoring and maintaining its vast inventory of 130 huge colonial buildings and 5,000 historic properties involves a partnership of the city government, national government and the Catholic Church.

But Jaime Izurieta, a local architect and urbanist, says the preservation effort is directed too much at tourists, and not enough at locals. “They are betting on people from outside to see all the nice buildings that the city has,” he says. Izurieta complains that Quito’s Historic Center has not become a place to live, as in Paris or Rome. The public spaces lack amenities such as places to sit down and drink coffee, talk to people and have a nice time.

Note from Storm: In my work as a redevelopment policy advisor for cities worldwide, I’ve noticed that the most successful tourist areas are those designed first to serve local residents, and only secondarily to serve tourists. Visitors prefer authentic places with real work going on, and real lives being lived. Few people travel thousands of miles just to see fellow tourists. Besides, tourism is often seasonal, and businesses need the year-round revenue that only local residents can provide.