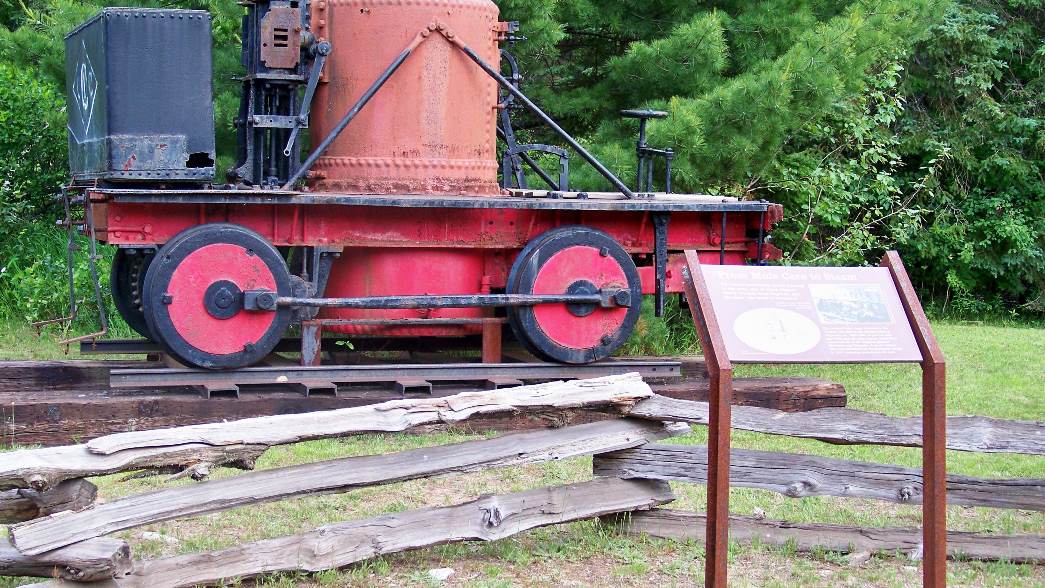 On October 15, 2019, the Michigan Iron Industry Museum in Negaunee, Michigan received $120,000 from the Institute of Museum and Library Services to restore the Yankee, one of the oldest surviving steam locomotives in the United States.

The grant will cover the costs of conserving and restoring the vertical boiler locomotive, which was manufactured by Alexander Chaplin and Co. of Glasgow, Scotland, between 1862 and 1868. The Yankee is thought to be one of only three surviving Chaplin locomotives in the world. 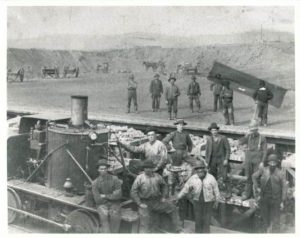 Miners with the Yankee at Jackson Mine in Negaunee, Michigan, circa 1880.Photo: Archives of Michigan.

“The Yankee and its twin, the John Bull, signaled the first major technological change for the Upper Peninsula iron mines – the coming of steam,” said museum historian Barry James. “Until the locomotives began hauling ore at the Jackson Mine in Negaunee around 1868, all the work was done by human or animal power. The locomotives made removing the ore more efficient.”

The Yankee hauled six to 10 small, four-wheel ore cars, each capable of carrying 5 or 6 tons of ore, with a maximum speed of 10 miles an hour.

The locomotive signified the coming of the industrial revolution to the Lake Superior iron mines that led the nation in production from the 1850s into the 1890s.

After being decommissioned, the Yankee resided outside of Cleveland-Cliffs Iron Company offices in Ishpeming for decades. It was donated to the state of Michigan on July 31, 1986.

An old steam locomotive sits on an outdoor platform. An interpretive sign is in front of it. Today, the Yankee is about 70% intact, and almost 60% of its parts are original. A recent historical report complete with conservation recommendations will guide restoration efforts.

“The Yankee is a rare artifact and is an integral part of the Michigan Iron Industry Museum’s collections, and its preservation has been on our project list for some time,” said James

The Michigan Iron Industry Museum is one of 130 institutions to receive funding through the agency’s largest competitive grant program, Museums for America. More than 500 applications were received. 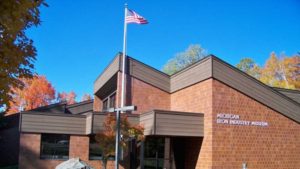 “We received a very rich slate of applications this year, making the award process extremely competitive,” said Paula Gangopadhyay, deputy director of the IMLS Office of Museum Services. “IMLS is pleased to fund projects in museums across America that are making an impact on their local communities, helping preserve and make collections more accessible and enriching lifelong learning experiences.”

The project will begin in 2020, with the hiring of a conservation firm to assess the Yankee and produce a treatment plan.

The firm will arrange transportation for the Yankee to its workshop, carry out the treatment and fabricate any small parts that need to be replaced. The treatment goal is to stabilize original components and replace missing and severely deteriorated components with accurate reproductions

Restoration is estimated to take one year, after which the Yankee will be placed on permanent display in the Michigan Iron Industry Museum. The museum is part of the Michigan History Center, an agency within the Michigan Department of Natural Resources.

Featured photo of the Yankee on the grounds of the Michigan Iron Industry Museum courtesy of Michigan History Center.