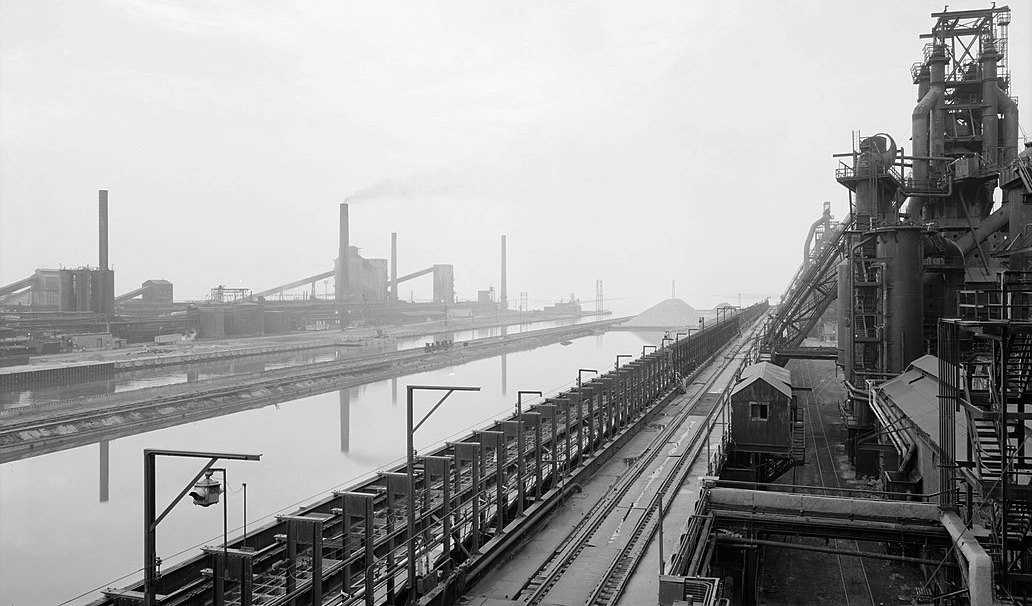 On November 24, 2021, final cleanup plans were selected for the estimated $69 million remediation of the former Bethlehem Steel site in Lackawanna, New York, which is near Buffalo.

Increasing waterfront access to Lake Erie is a key component of a sustainable economic development strategy for the site. The New York Department of Environmental Conservation (DEC) is working with community stakeholders to develop plans for public access to the waterfront and wildlife habitat restoration opportunities along the lakeshore.

City of Lackawanna Mayor Annette Iafallo said, “The NYSDEC’s remediation plan for the lakeside 500 acres of the former Bethlehem Steel site represents another significant milestone in the ongoing re-development of this historic industrial site. Through strong multi-government and private partner collaboration and investments, we are creating sustainable commercial activity which generates enhanced tax revenues and job opportunities for Lackawanna and Erie County. We will also be seeing public recreational access return to a neighboring portion of the Lake Erie shoreline for the first time in over 120 years. The City of Lackawanna is excited and honored to be an important partner in this once-in-a-lifetime transformational effort.”

The announcement builds on the progress already underway at the site, and construction to advance the cleanup plan is expected to begin next year. In addition to addressing site-wide contamination, the cleanup will provide public access to Lake Erie for the first time in more than 100 years.

Senator Tim Kennedy said, “The former Bethlehem Steel site was once humming with jobs and economic activity, and now, with this significant progress, we’re slowly but surely working our way towards seeing that potential again. Western New Yorkers will finally see a transformative approach to the site, and I’m excited to see the opportunities that this initiative will open up for the working men and women of Lackawanna. I commend New York State, the DEC, and Governor Hochul for recognizing the importance and impact this will have.”

Bethlehem Steel was once a major economic engine in Western New York, encompassing more than 1600 acres for iron and steel production since the beginning of the 20th Century.

Senator Sean Ryan said, “Decades ago, Bethlehem Steel was the center of the Western New York economy. When the plant shut down, it affected thousands of families in our region. The remediation of this site will allow this blighted land to once again contribute to our region’s economy – and provide access to the Lackawanna waterfront for the first time in generations. As a Lackawanna native who saw the effects of Bethlehem Steel’s demise firsthand, I have a particular appreciation for the impact this project will have on my hometown and I am excited to see that we have reached this important milestone.”

Remediation of different sections of the property is being advanced through New York State programs, including DEC’s State Superfund Program, Resource Conservation and Recovery Act Corrective Action Program, and the Brownfield Cleanup Program.

Assemblymember Jonathan Rivera said, “As a result of the comprehensive remediation efforts by the New York State Department of Environmental Conservation, the cleanup of the former Bethlehem Steel site will re-grant public access to Lake Erie for the first time in a century. Once remediation is completed on nearly 500 acres, Western New Yorkers will once again be connected to our region’s best asset in its waterfront, and will for the first time in a generation, be able to facilitate a restoration of lakeshore habitats that have for too long been negatively impacted by the effects of pollution. The result will be a win for the environment, communities and our local economy.”

The newly-finalized Statements of Basis are available on the DEC website at Environmental Cleanup at Former Bethlehem Steel Site – NYS Dept. of Environmental Conservation. They represent the remedy selected to address contamination related to the site and detail why this remedy was chosen.

These documents include a Responsiveness Summary that addresses public comments received about the proposals, which were announced in May 2021. The cleanup is designed to restore the former Bethlehem Steel property in a manner that is protective of human health and the environment. This sustainable restoration of the site advances DEC’s goals of preserving, restoring, and connecting the natural resources and resiliency features of the Lake Erie shoreline.

DEC Commissioner Basil Seggos said, “The cleanup and redevelopment of the former Bethlehem Steel site will be transformative for the city of Lackawanna and all of Western New York. This rebirth, advancing under DEC oversight to ensure it is protective of public health and the environment, will yield benefits for the entire community, improving recreation by providing access to the waterfront for the first time in more than a century and spurring development opportunities that will strengthen the region’s economy.”

Remedial action plans (RAPs) will guide efforts that will be undertaken at the site. In addition to addressing contamination, the cleanup and subsequent habitat restoration work will provide public access to the waterfront for the first time in more than 100 years.

The RAPs are required under the terms of the 2020 Order on Consent, a legal enforcement agreement between DEC, Tecumseh, and Tecumseh’s former parent corporation, Arcelor Mittal USA, to comprehensively clean up the former site of Bethlehem Steel at an estimated cost of $69 million.

Erie County Executive Mark Poloncarz said, “The newly-named Renaissance Commerce Park is energized and moving forward as a hub for business in Erie County and this announcement will further that progress. I thank Governor Hochul and Tecumseh for working out this comprehensive cleanup agreement, making more of this parcel available for redevelopment while also increasing public access to the waterfront. It’s a bright new day and a bright future at the former Bethlehem Steel site.”

DEC’s Consent Order legally requires Tecumseh and ArcelorMittal, the companies that acquired the environmental liabilities of Bethlehem Steel after its bankruptcy, to:

“My family worked at the Bethlehem Steel plant and I know first-hand what cleaning up the former site in Lackawanna means for the people who live here,” New York Governor Kathy Hochul said.

“Today marks a critical milestone in the rebirth of this city and this project is the perfect example of how New York State is rebuilding communities by putting former industrial sites like Bethlehem Steel to good use, helping transform neighborhoods, protecting the environment, and jumpstarting economic development,” she concluded.

Contamination at the site includes elevated levels of metals, including arsenic and other metals associated with manufacturing processes typical of the steel industry.

Construction and remediation is anticipated to take up to seven years.

Historic 1968 photo of the Bethlehem Steel Plant in Lackawanna is by U.S. Department of the Interior / Jet Lowe, photographer.

Learn more about the project here.