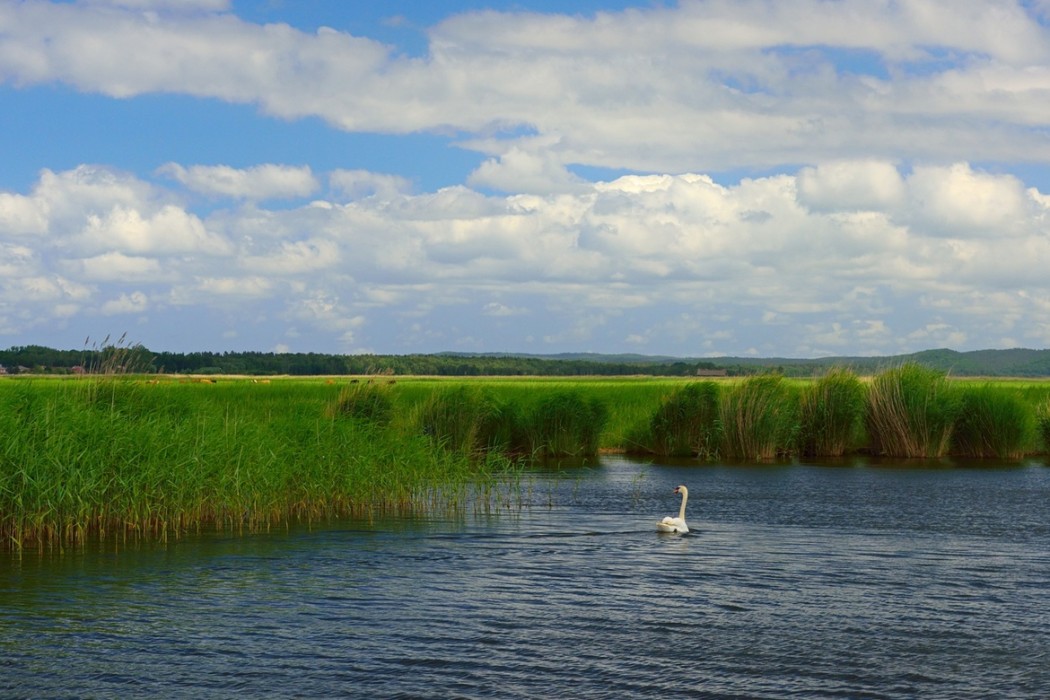 The swampy reed plantations of Wolin Island, Poland may look like a tableaux from Europe’s distant past but if scientists, farmers and biotech companies are to be believed, this idyllic pastoral setting could be the face of a hi-tech and low carbon agricultural future.

The harvest can provide low carbon energy and home insulation, while at the same time offering a wildlife sanctuary, and a means of depolluting land and waters.

Globally, “paludiculture” (literally, swamp cultivation) could also help to save the world’s disappearing peat swamp forests, which account for around 5% of global carbon dioxide (CO2) emissions, and an immeasurable loss in biodiversity.

It’s estimated that replacing palm oil and acacia plantations in south-east Asia with wet cultivation could cut 500 megatonnes of CO2 emissions, the equivalent of 1-2% of annual global emissions.

Researchers have identified more than 1,500 substitute species that could be grown in rewetted tropical zones, including nut, rubber and gum trees. Because swamp crops can be grown on marginal land – and substitute for food staples – the damaging effects of indirect land use change can be avoided. Pilot schemes are already underway in Indonesia to investigate their potential.

The Dach Reed farm covers around 250 sq km of land on Wolin island, and in nearby Rozwarowo. These lands were rewetted and recultivated in the 1990s, to be used by local farmers for grazing. The effects on local wildlife were dramatic.

Since the 1990s, annual migratory bird populations have soared tenfold to 4-5,000, while the number of species observed and nesting on the island have roughly doubled.