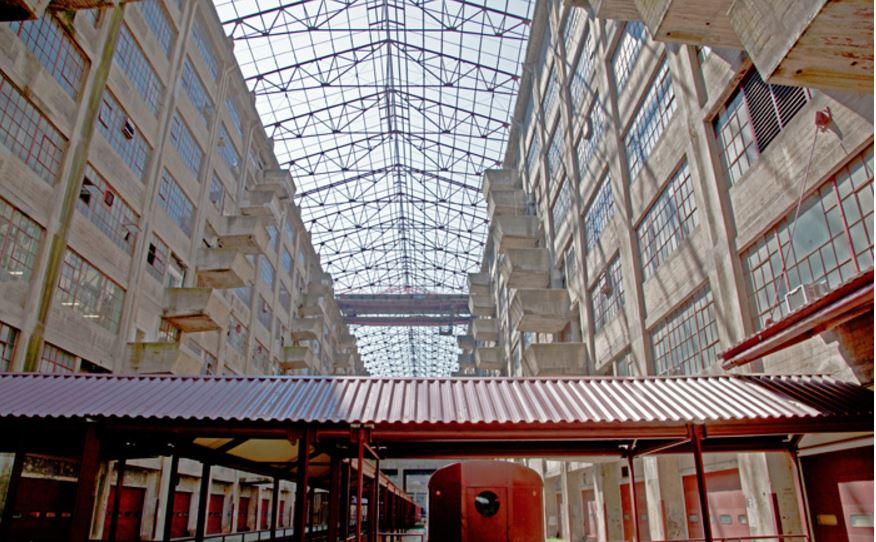 In New York City, Mayor Bill de Blasio and other city and state leaders have focused on revitalizing the city’s manufacturing economy, preserving what’s left of it in places like the Garment District and building up existing clusters of industrial production. 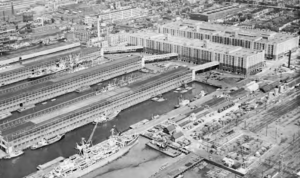 Brooklyn Army Base between WWI & WWII.

There couldn’t be a more appealing locale for the rebirth of American urban manufacturing than the Brooklyn Army Terminal (BAT). It’s located in the Sunset Park neighborhood in the South Brooklyn waterfront, and was built before World War I to support that war effort.

In some 4-million-square feet spread over two buildings — each the size of the Empire State building if it was laid flat on the ground — there are 110 businesses, employing 3,500 in manufacturing and distribution. 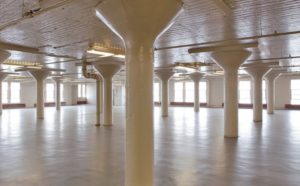 Out of the 3.1 million square feet now online, there is a 90-plus percent occupancy rate, explained Will Stein, an official with the New York City Economic Development Corporation (NYCEDC), which manages industrial properties owned by the city. He said an additional 500,000 square feet will soon be operational.

With a $15 million renovation completed in 2016, the top two floors of this magnificent 55,000-square-foot space are now humming with activity, ushering in a new age for industry and high-tech manufacturing at BAT.

The Brooklyn Army Terminal is a large complex of warehouses, offices, piers, docks, cranes, rail sidings and cargo loading equipment on 95 acres between 58th and 63rd Street in Sunset Park. It was the largest military supply base in the United States through World War II. The terminal was a base for shipping to many regions during World War II, including mainland Portugal and the Azores. 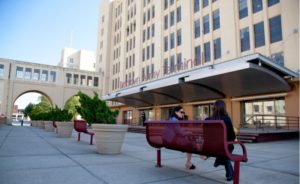 The complex was also known as the U.S. Army Military Ocean Terminal and the Brooklyn Army Base, as part of the New York Port of Embarkation. It was designed by Cass Gilbert and completed in September 1919.

By the time the base was closed in the 1970s, over 3 million soldiers and 37 million tons of military supplies had passed through the terminal. The complex had its own railroad line, police and fire departments. When built, it was the world’s largest concrete building.

The site was listed on the National Register of Historic Places in 1983. The listing includes 11 contributing buildings on an area of 97.2 acres.

The federal government sold the property to New York City in 1981. The city government began a total renovation of the site in 1984, and then the New York City Economic Development Corporation started leasing the property as a center for dozens of light manufacturing, warehousing and back-office businesses.